Washington, DC — Last night, Michigan Attorney General Dana Nessel joined MSNBC’s Alex Wagner to discuss the conviction of three men who aided in a plot to kidnap Governor Gretchen Whitmer in 2020. AG Nessel’s office prosecuted the case, “a case that grew out of a sprawling domestic terrorism investigation that revealed incendiary rhetoric and an openness to political violence on the far right,” reported The New York Times. AG Nessel’s office created the domestic terrorism task force that handled this prosecution.

AG Nessel didn’t mince words when talking about the threats facing Michigan in this election and how she’s cracking down on violent domestic terrorists, while her opponent has done the opposite:

“You can’t have someone who’s an Attorney General, the top law enforcement officer in our state, be as lawless as the person that I’m running against who seeks to undermine democratic elections, and undermine the will of the voters, and who doesn’t respect the law himself, you know. Call me old fashioned, but I think that an Attorney General should prevent and prosecute acts of domestic terrorism, not support and encourage them.” 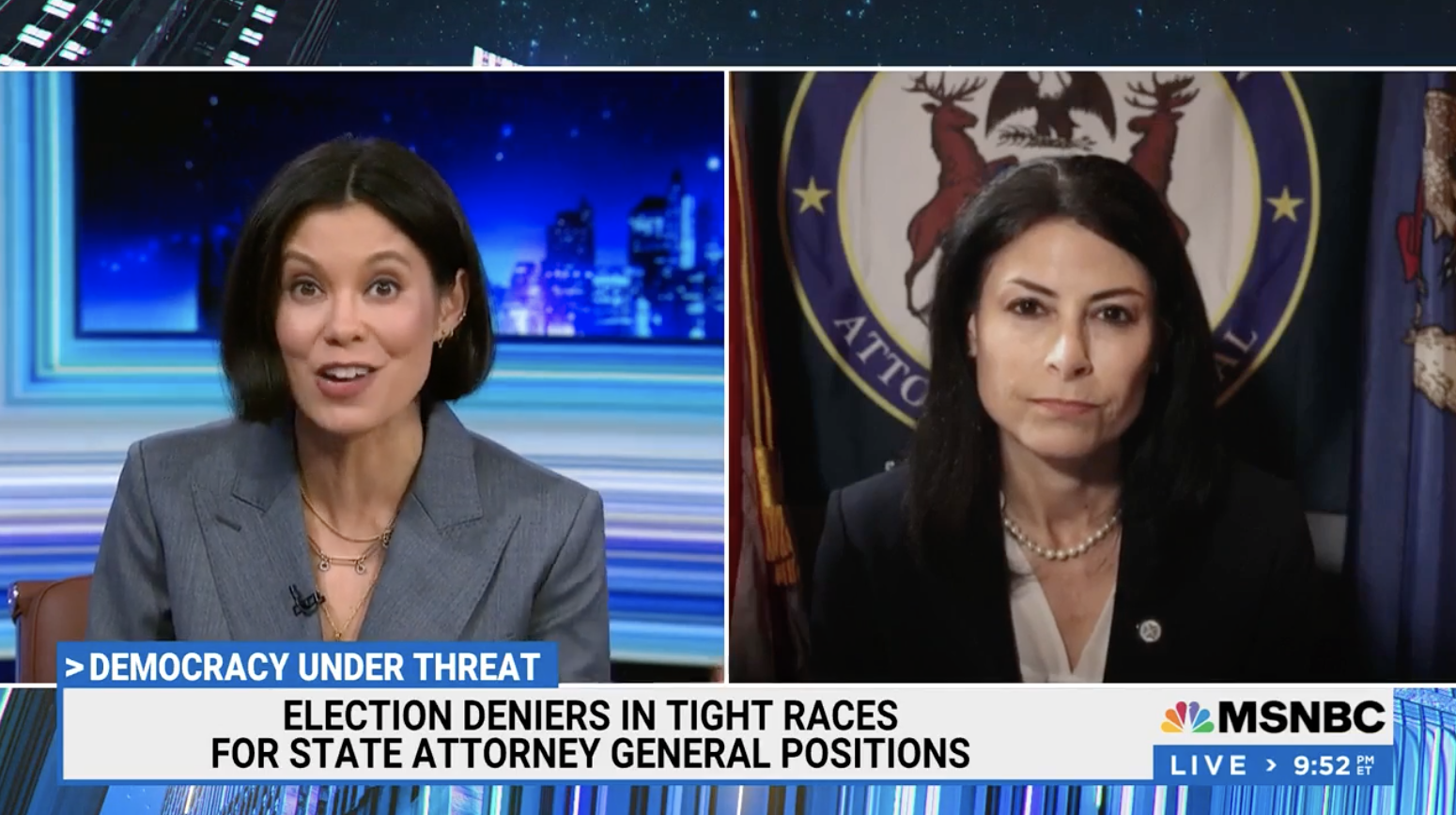 Wagner also discussed the importance of AG Nessel’s race and AG races in general, saying, “What Nessel and her office did here is a big deal. It is also a big deal that she’s up for re-election in less than two weeks and that she is not guaranteed to win. The most recent Detroit Free Press poll has Nessel ahead of her Republican opponent by just four points, which is a significant drop from her nine-point lead in September. Now her opponent, by the way, is an attorney named Matt DePerno, a Trump-endorsed election denier who is currently under criminal investigation by the Michigan Attorney General’s Office for his efforts to substantiate false claims of the 2020 election fraud. Yes, you heard that right. Matt DePerno is running for the office that is currently considering charging him for a crime. And he has promised to prosecute people like Dana Nessel if he wins, and the odds of him winning are not slim.”

She concludes, “Attorneys General across the country are prosecuting some of the most important cases in the nation, and many of them are up for re-election in November.”