Washington, DC — Earlier today, news broke that an arrest has been made in Ohio in the case of the rape of a 10-year-old girl who was forced to travel to Indiana for an abortion after Republican Attorney General Dave Yost filed to enforce the state’s six-week abortion ban following the overturning of Roe v. Wade.

Just yesterday, AG Yost went on Fox News falsey claiming that there was “not a whisper” about the 10-year-old child who was raped and impregnated. Today, he was proven dead wrong. 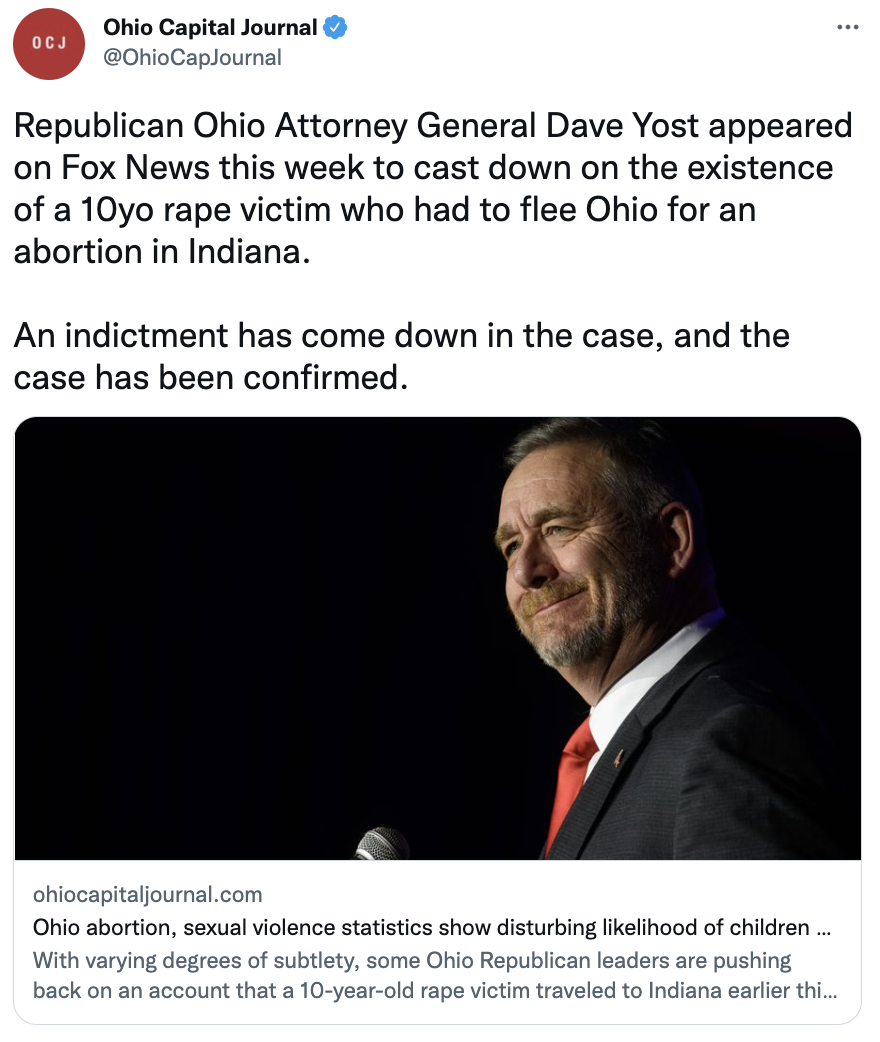 DAGA-endorsed Democratic AG nominee Jeff Crossman is the change Ohioans need in the AG’s office. Just this week, Crossman laid out his priorities for defending reproductive rights as their next AG, including pledging to be an adamant defender of anyone seeking freedom from government intrusion into reproductive decisions. 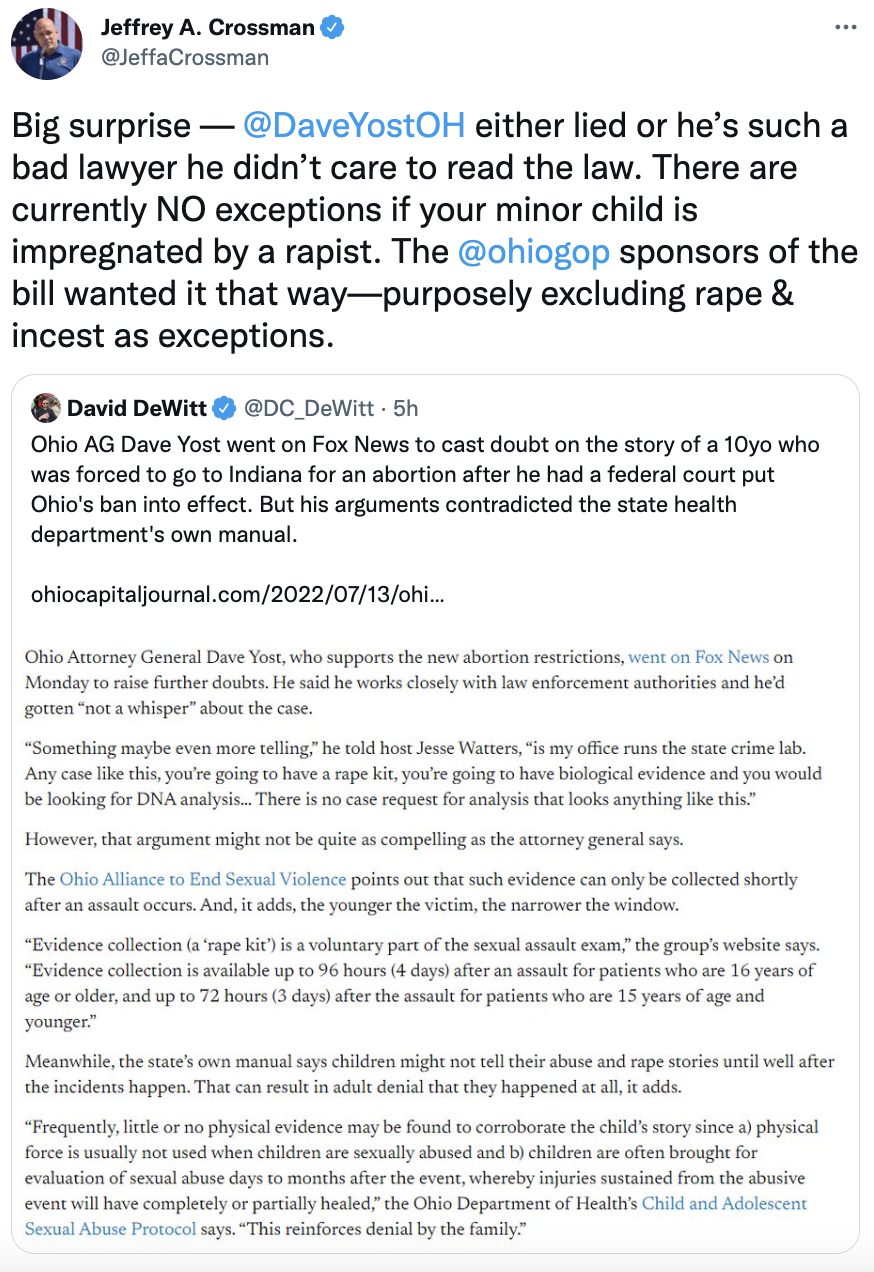