Washington, DC — During the Kansas Attorney General debate, there was a stark contrast in how the two nominees for Attorney General look at public service. Recent polls show this race as highly competitive.

The Democratic AG nominee Chris Mann has spent his career serving Kansas, including working as a police officer and tragically being injured in the line of duty and later becoming a prosecutor.

Meanwhile, Kris Kobach, his Republican opponent and recent employee of Steve Bannon’s business that is now under indictment, has only sought to serve himself with a never-ending series of political campaigns that have alienated Kansans across the state. 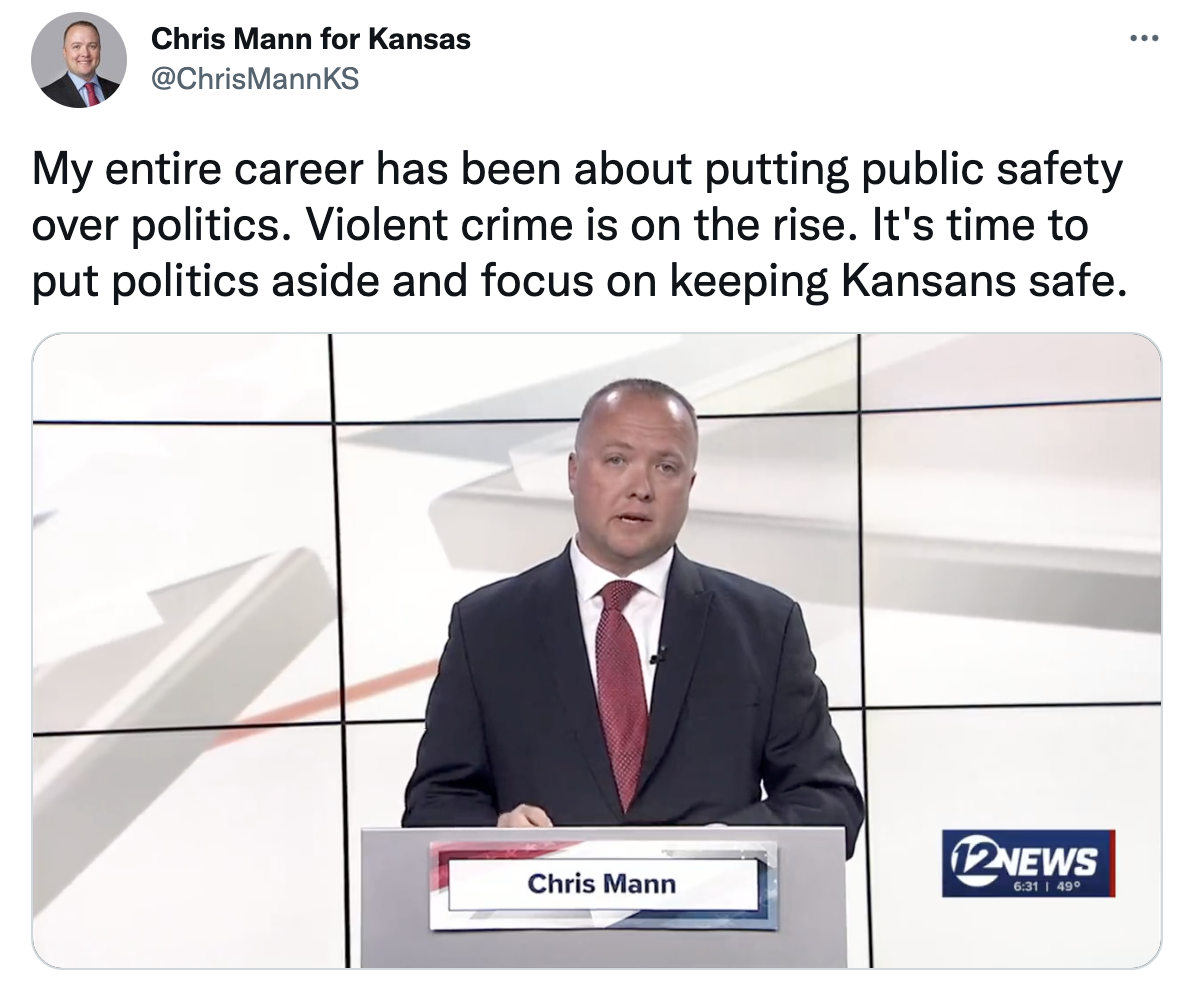 And here’s Chris’s closing statement that highlighted a clear cut contrast between him and Kobach on public service: 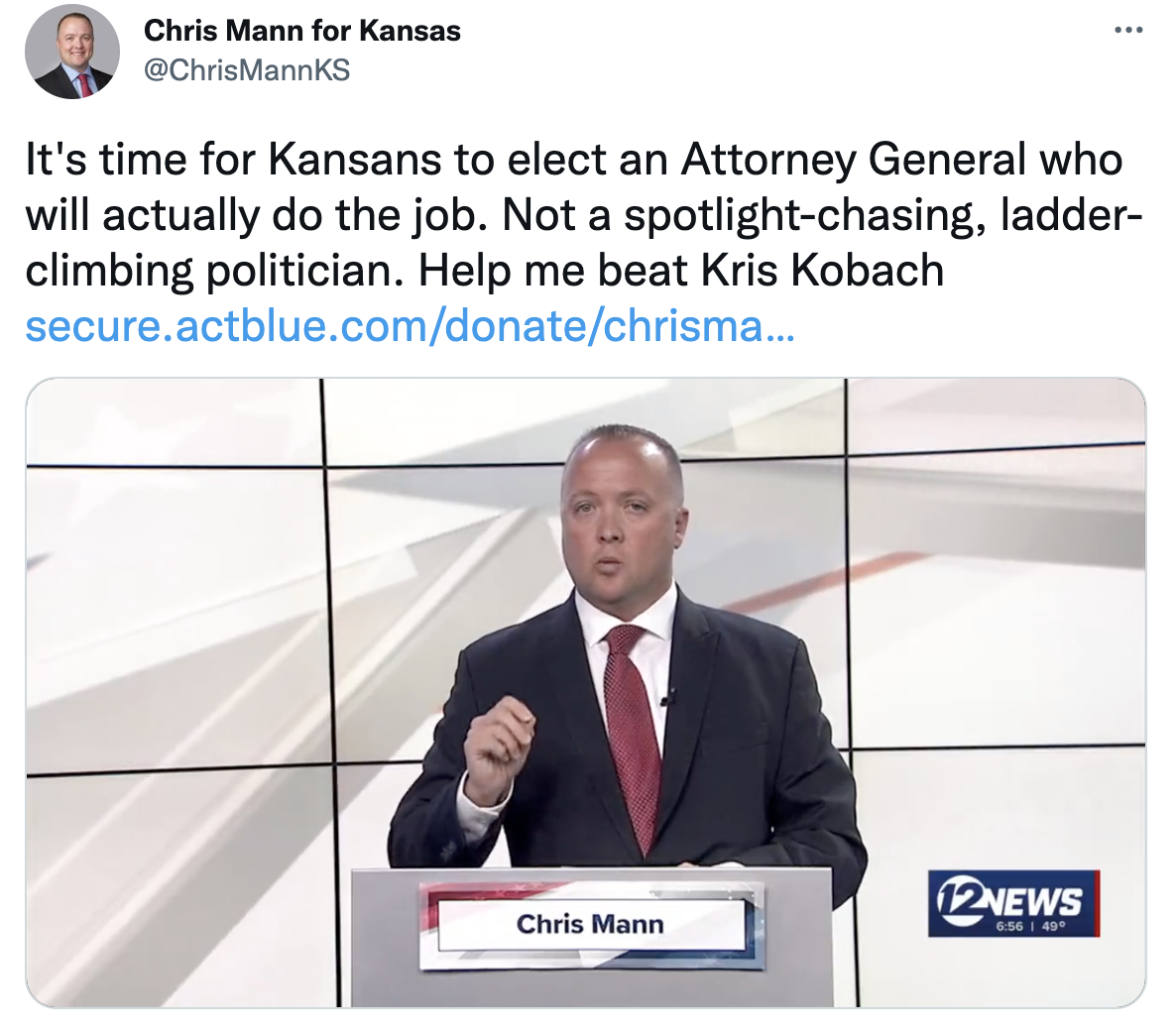