Washington, DC — In the wake of what would’ve been the 50th anniversary of Roe v. Wade, Democratic Attorneys General are taking new actions to protect reproductive health care and speaking out on the future of abortion access. Democratic AGs have long been on the front lines of the legal fight to protect reproductive rights, and today’s actions from New Mexico AG Raúl Torrez and Oregon AG Ellen Rosenblum show how they’re using the power of their office to protect and expand access to care at the state level.

As POLITICO’s Morning Score highlighted this morning, “‘The key battles for reproductive access will be fought at the state level in the next two years and beyond,’ Democratic California Attorney General Rob Bonta said on a call with reporters last week. ‘We’re determined that the 50th anniversary of Roe will be the darkest one — that it only gets better from here, that freedom of choice can one day again be unfettered, fully protected under the law at the state level first and then one day again, nationally.’”

AP writes, “New Mexico’s top prosecutor on Monday asked the state Supreme Court to nullify abortion ordinances that local elected officials have passed in recent months in conservative reaches of the Democratic-led state. Attorney General Raúl Torrez urged the high court to intervene against ordinances that he said overstep local government authority to regulate health care access, and violate the New Mexico Constitution’s guarantees of equal protection and due process.” AG Torrez said, “‘This is not Texas. Our State Constitution does not allow cities, counties or private citizens to restrict women’s reproductive rights.’”

“Oregon Attorney General Ellen Rosenblum announced Monday the launch of the Oregon Reproductive Rights Hotline, a collaborative initiative spearheaded by the Oregon Department of Justice and staffed by local law firms. The Hotline will provide free legal advice to anyone in need of guidance after the U.S. Supreme Court’s recent decision in Dobbs v. Jackson Women’s Health, overturning the long-standing constitutional right to abortion that was declared in Roe v. Wade in 1973,” writes KTVZ. “Rosenblum said the hotline will fill an important need in Oregon for callers to understand the status of reproductive health laws, including issues related to abortion access.” 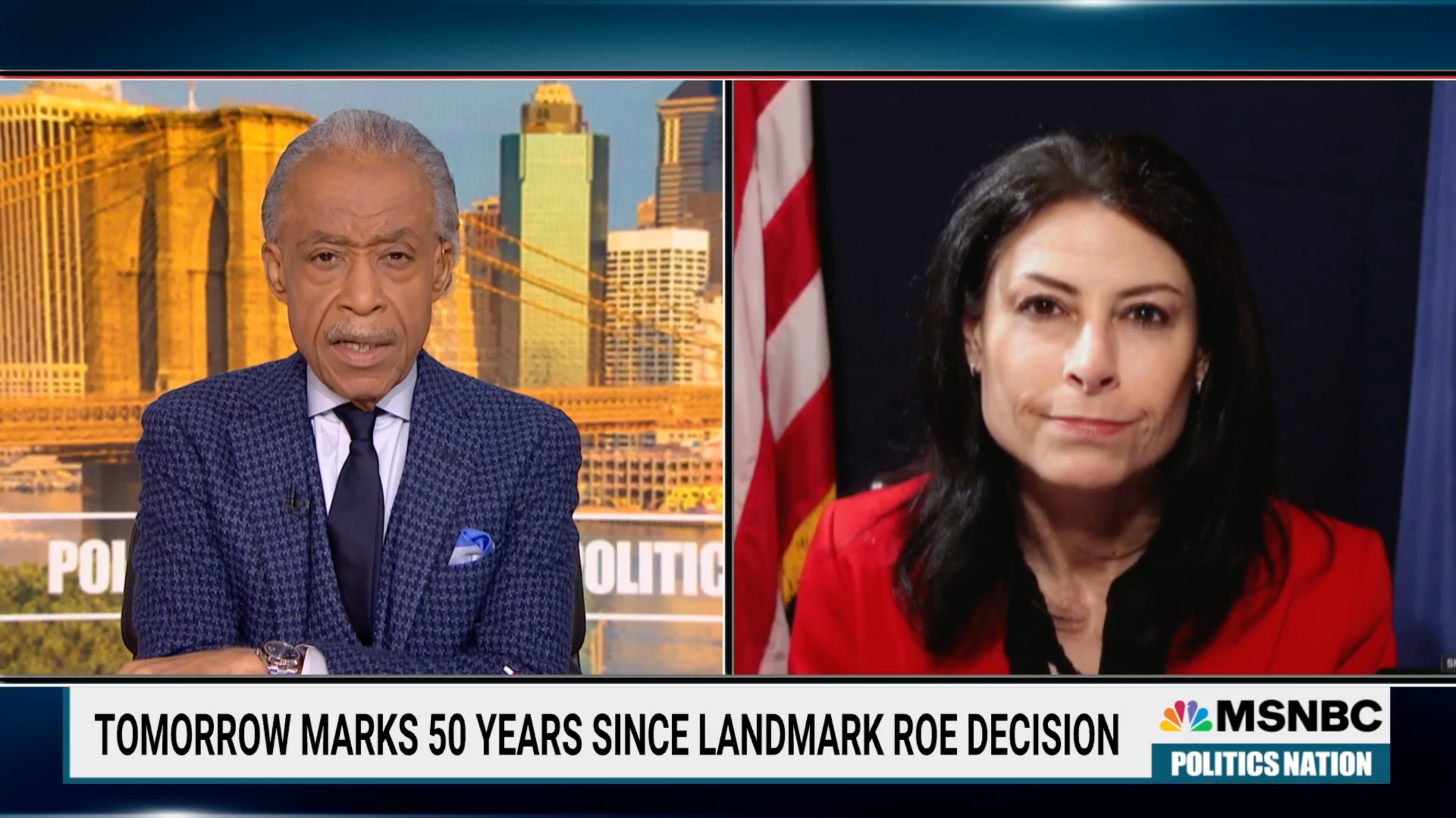 Michigan AG Dana Nessel joined MSNBC over the weekend to discuss how Democratic AGs have made it a priority to make sure not only they protect people who live in their states, but also those who visit their states to access abortion care. She says, “At this point, without protections from the U.S. Supreme Court, every election is an election where abortion is on the ballot.”