GOP AG Nominees Are A Threat to Democracy

Washington, DC — MAGA election deniers are running for office up and down the ballot in nearly every state, including in tightly contested races for Attorney General. The Washington Post shined the spotlight on the importance of these races, writing, “The winners of all the races examined by The Post — those for governor, lieutenant governor, secretary of state, attorney general, Senate and House — will hold some measure of power overseeing American elections.”

“A majority of Republican nominees on the ballot this November for the House, Senate and key statewide offices — 299 in all — have denied or questioned the outcome of the last presidential election, according to a Washington Post analysis.”

“Candidates who have challenged or refused to accept Joe Biden’s victory are running in every region of the country and in nearly every state. Republican voters in four states nominated election deniers in all federal and statewide races The Post examined.” 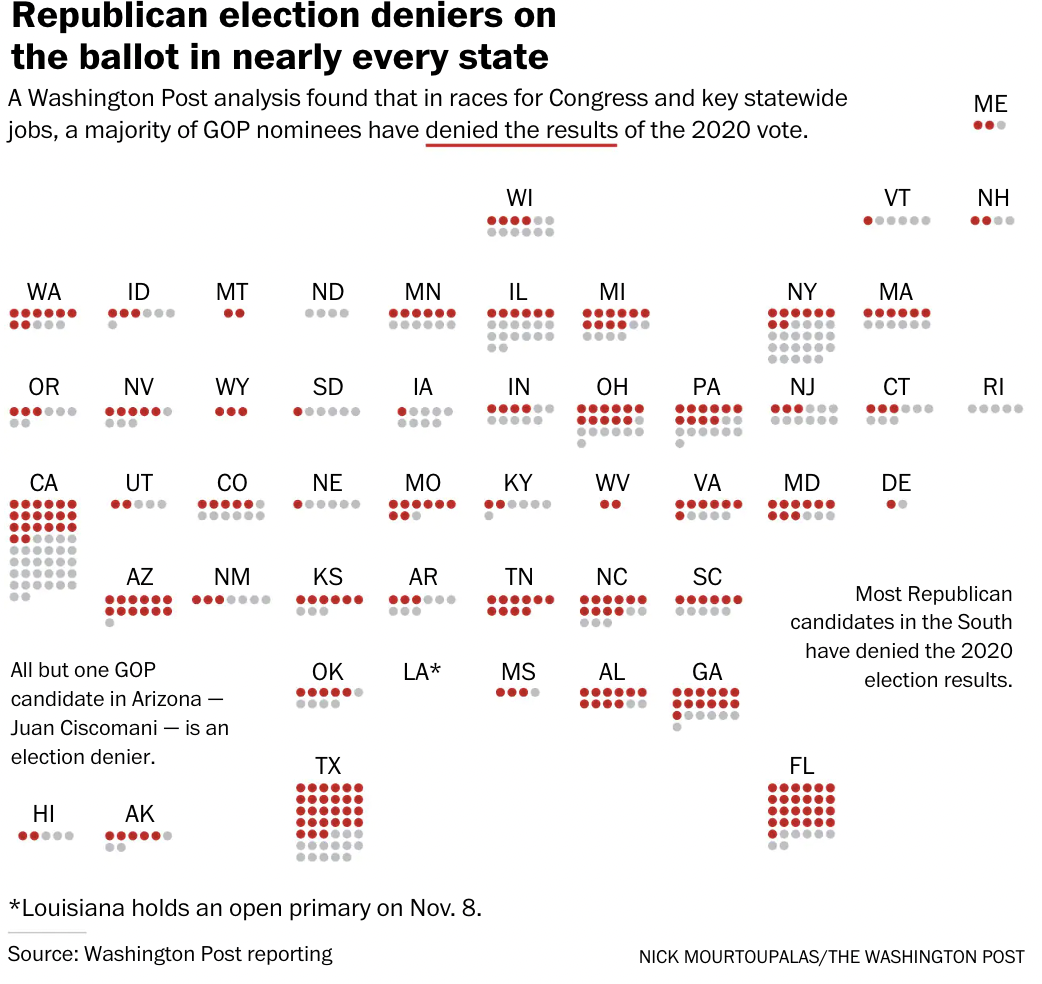 “Although some are running in heavily Democratic areas and are expected to lose, most of the election deniers nominated are likely to win: Of the nearly 300 on the ballot, 174 are running for safely Republican seats. Another 51 will appear on the ballot in tightly contested races.”

“The proportion of election deniers on the November ballot is particularly high in three of the battleground states where Trump contested his defeat in 2020: Arizona, Georgia and Michigan. Election deniers have targeted offices in each of those states — as well as in other battleground states, including Wisconsin, Nevada and Pennsylvania — potentially giving Republicans a platform from which to challenge a popular vote they do not agree with in 2024.”

Democracy is on the ballot, and in November, Democratic AGs and candidates in battleground states like Arizona, Michigan, and Minnesota are ready to take on MAGA extremists and fight to ensure that every eligible American can vote and have it counted.