In the letter, the AGs highlight how Judge Jackson is extremely qualified to take on the position of Supreme Court Justice, discussing Judge Jackson’s extensive and extraordinary legal experience. 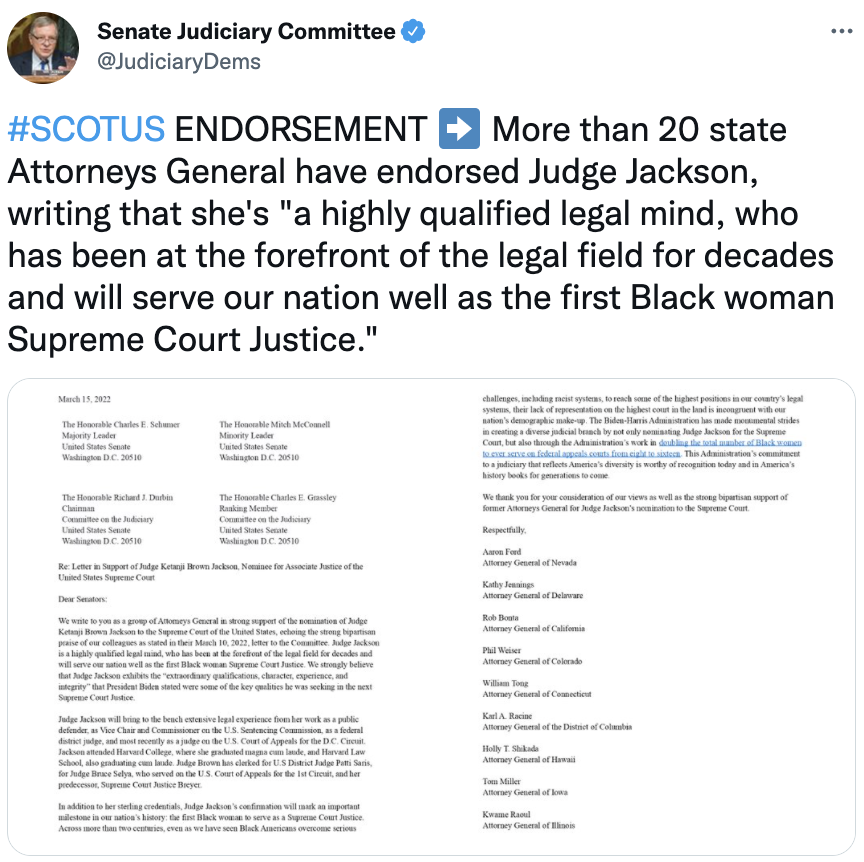 The letter also discusses how it is long past time that a Black woman serves on the highest court in the nation. The letter states, “In addition to her sterling credentials, Judge Jackson’s confirmation will mark an important milestone in our nation’s history: the first Black woman to serve as a Supreme Court Justice. Across more than two centuries, even as we have seen Black Americans overcome serious challenges, including racist systems, to reach some of the highest positions in our country’s legal systems, their lack of representation on the highest court in the land is incongruent with our nation’s demographic make-up. The Biden-Harris Administration has made monumental strides in creating a diverse judicial branch by not only nominating Judge Jackson for the Supreme Court, but also through the Administration’s work in doubling the total number of Black women to ever serve on federal appeals courts from eight to sixteen if confirmed. This Administration’s commitment to a judiciary that reflects America’s diversity is worthy of recognition today and in America’s history books for generations to come.”

DAGA Co-Chairs Nevada AG Aaron Ford and Delaware AG Kathy Jennings have previously stated their support of President Biden’s historic nomination of Judge Jackson and have called on the U.S. Senate to move through the confirmation process expeditiously to put Judge Jackson on the bench.