Washington, DC — New York Magazine’s Intelligencer sat down with New York Attorney General Letitia James for a conversation on everything from her role in investigating two of the “meanest men in politics,” as they say, and her long history of being an activist and someone who’s never been afraid to stand up for, follow, and defend the law. 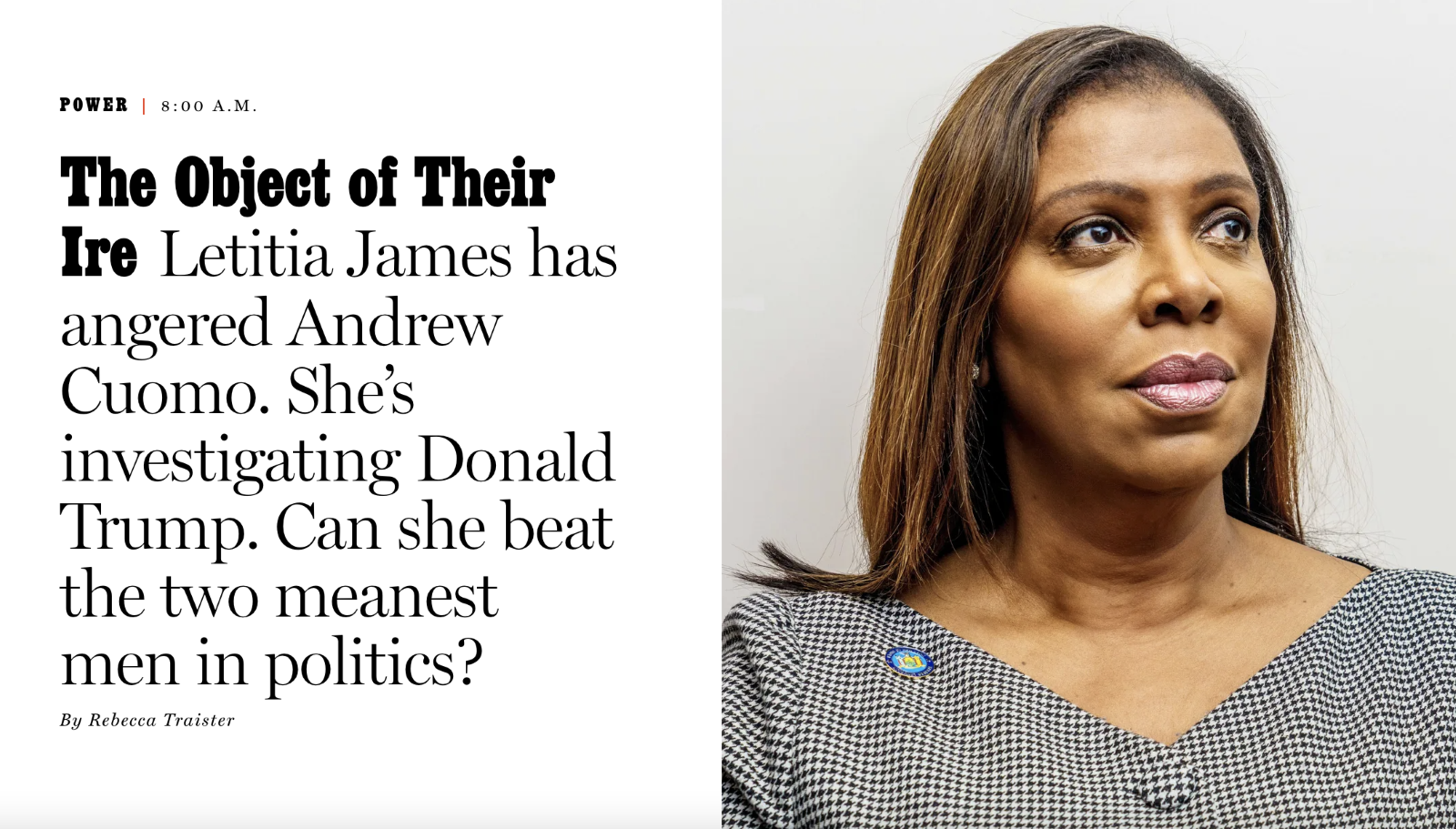 “Over more than two decades in public life, James has straddled spheres that are often at odds in New York politics. At one point in our conversations, she described herself as ‘the attorney general, but also a legislator and an activist, all combined into one,’” NY Mag’s Rebecca Traister writes.“’When I say trailblazer, I don’t use that word lightly,’ said former Bronx assemblymember Roberto Ramirez, one of James’s longtime advisers.”The article goes on, “She was the type of pol who showed up: at every rally, party, church service, bat mitzvah, and senior center. Several people recalled how James would go to subway stations on Valentine’s Day and distribute condoms. She loved those days, remembering one senior citizen who grabbed a handful: “’You got a hot date?’ I asked her. She looked at me and said, ‘I’m old; I’m not dead,’”

Speaking about her time and efforts holding former President Trump accountable, she says “If there’s a violation of the law, based on the facts, then let the chips fall where they may. That’s my week, that’s my day, that’s my life, and that’s my raison d’être.”

But it doesn’t start and end with Trump. “James and her staff spoke readily about her suit against the NRA; her suits against opioid distributors and manufacturers and the resulting distribution of $1.5 billion in settlement money to treatment and prevention programs around the state; her investigation of breaches of workplace safety by Amazon during COVID and price-gouging on COVID testing and supplies; and her securing of essential food items in poor communities, including 1.2 million eggs that have been distributed to pantries in New York. James recently hired her former rival Teachout as a special adviser on economic justice, and Ramos worked with James on workplace protections for undocumented immigrants.”