Washington, DC — Former President Donald Trump has made an endorsement in the crowded, messy Arizona GOP AG primary race. His pick is far-right candidate Abe Hamadeh, who has consistently aligned himself with Donald Trump’s extremist brand of politics on everything from the Big Lie to abortion.

During the GOP AG primary debate last month, Hamadeh stated that he would not have certified the 2020 Arizona election results, “despite a lack of evidence of any significant problems with it,” as the Arizona Republic wrote.

Hamadeh praised the fringe, debunked movie “2000 Mules” that has been widely mocked across the country: “Dinesh D’Souza, he’s got a new movie coming out, 2000 Mules, and Arizona’s going to be featured prominently in it.”

His extremism doesn’t end with fringe conspiracy theories. With reproductive health care under attack at the Supreme Court and in Arizona, Hamadeh praised the Supreme Court’s leaked draft opinion to overturn Roe v. Wade and does not support the right to abortion.

Following the endorsement, DAGA-endorsed Democratic AG candidate Kris Mayes promised Arizonans that as Attorney General, she will not stand for any political interference in elections. 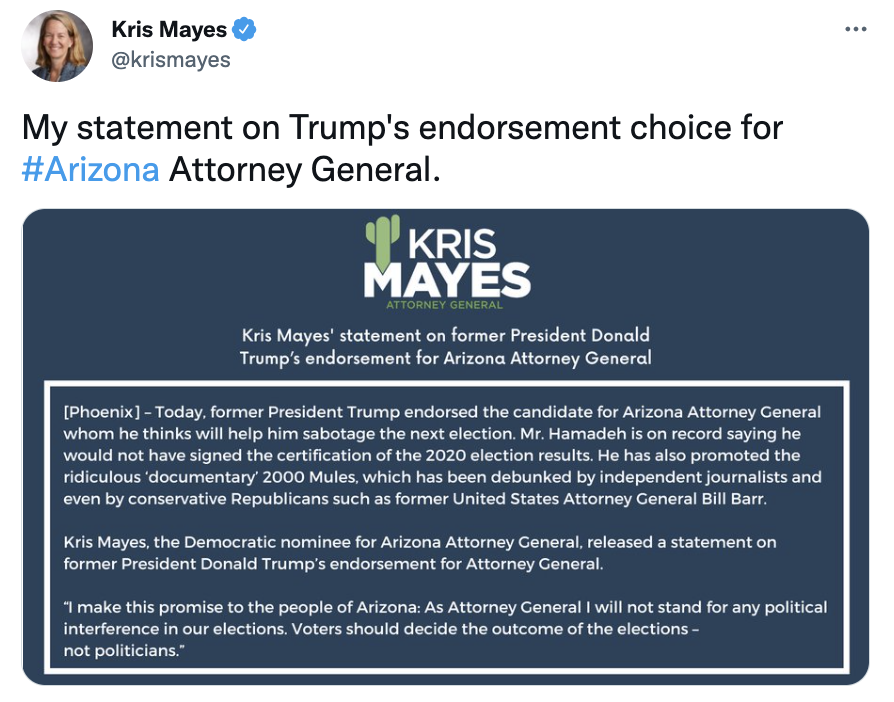