After Michigan GOP AG Candidate Calls for Supporters to “Storm” Conventions, They Did Just That

Washington, DC — Yesterday, all of Michigan’s 83 counties held their GOP conventions, and the chaos that ensued is exactly what GOP AG candidate Matt DePerno called for when he spoke at a recent Trump rally.

“The division and discord that ensued was fed by an organized effort led by former President Trump-endorsed attorney general candidate Matt DePerno to ‘storm’ the state’s county GOP conventions Monday.”

As Michigan Advance reports, “deeply red Macomb County was perhaps the most chaotic of them all, featuring hours of insults, interruptions and the eventual ousting of the county party’s convention chair.” 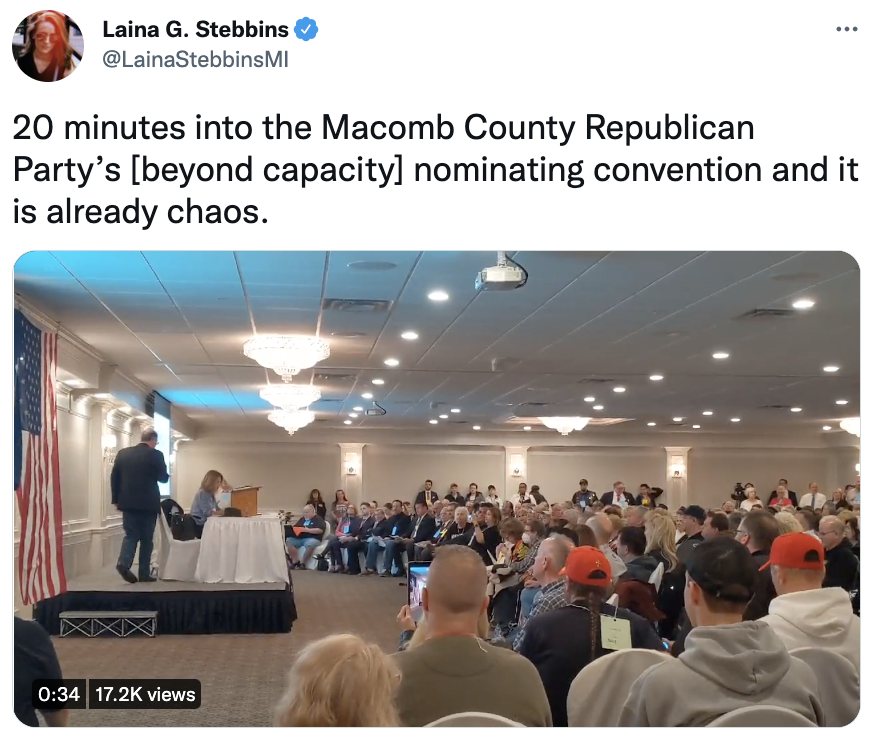 “Delegates, guests and organizers hurled insults back and forth for the next three hours. Interjections of ‘shut up’ and ‘sit down,’ and accusations of being a ‘commie’ or ‘RINO’ were frequent. At one point, someone sounded off an air horn and was chided by the speaker and police officers.”

And what did DePerno tweet just before conventions were underway? Take a look: 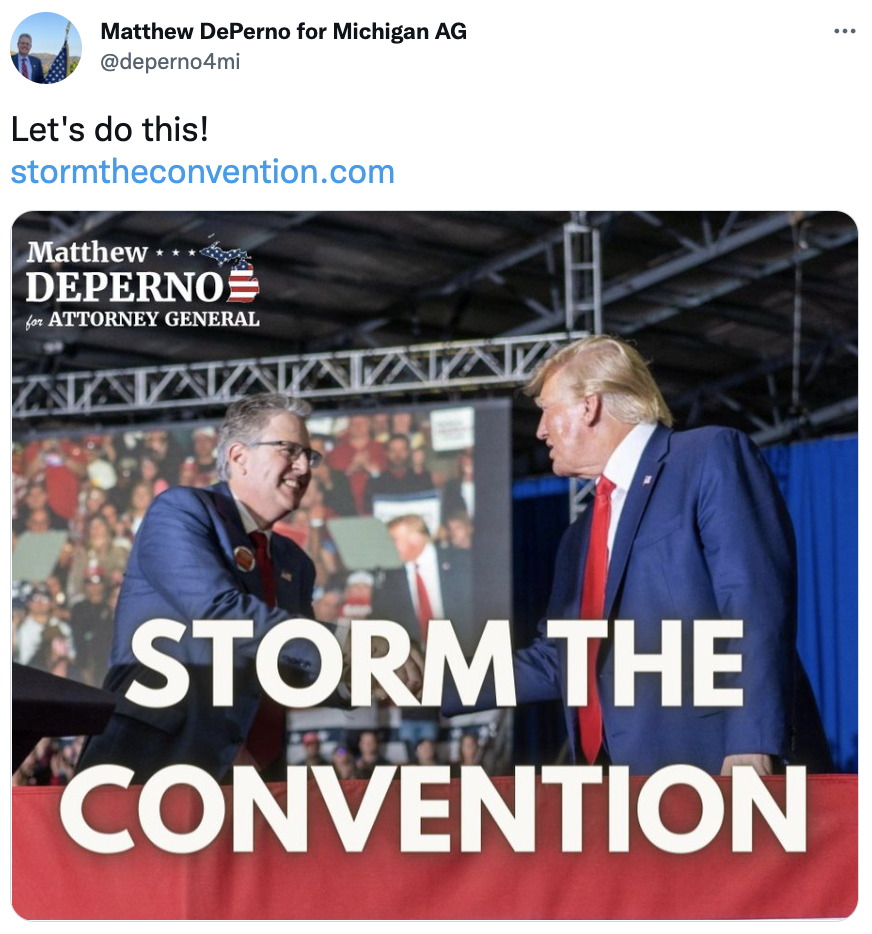