Democratic Attorneys General are providing critical leadership in the wake of the killing of George Floyd by police. They are listening to Black Americans, meeting with community leaders, working with state legislative leaders, and taking proactive steps to address police brutality, pursue reform, and rebuild trust.

Here is the latest from Democratic AGs:

In North Carolina, Governor Roy Cooper named AG Josh Stein to head the North Carolina Task Force for Racial Equity in Criminal Justice. AG Stein will co-lead the task force with North Carolina Supreme Court Associate Justice Anita Earls. AG Stein said the task force will “consider and implement measures that can bring about meaningful change in the criminal justice system.” AG Stein added “[f]or way too long, Black people have not been treated equitably in the United States. We have to fix that.” The task force “will review law enforcement recruitment, training, and accountability, as well as court issues including pre-trial release and the use of fines and fees.” Watch the press conference here. 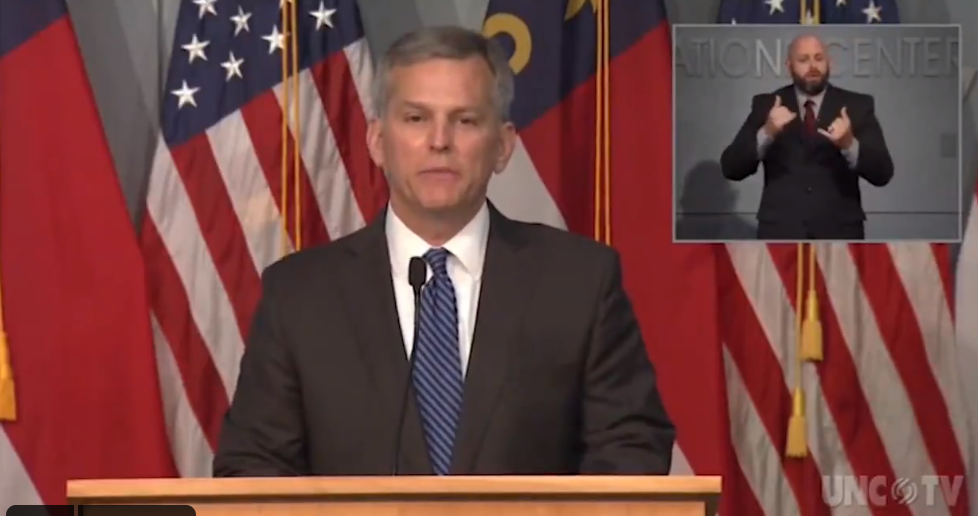 Nevada AG Aaron Ford is holding “Justice and Injustice” forums with leaders in the community, law enforcement, and the state assembly to discuss potential ideas for police reform. During this week’s panel, AG Ford discussed a list of recommendations his office developed for the Nevada State Assembly to hold law enforcement accountable. AG Ford also held a conversation with U.S. Congressman Steven Horsford on the Justice in Policing Act introduced in the U.S. House and Senate this week. The next forum will be held on June 14th at 5pm ET.

Delaware AG Kathy Jennings joined Black lawmakers to call for sweeping changes to police accountability to address concerns about policing and the criminal justice system. AG Jennings proposed a set of 10 policy reforms, including banning choke holds, requiring body cameras on all officers in the state, and giving the public more access to information about how officers are disciplined misconduct. At a news conference, AG Jennings said she “stands here as a mother for every mother in this country … who bore witness to George Floyd’s last breath. We cannot allow the legacy of what he stood for to go unanswered.” 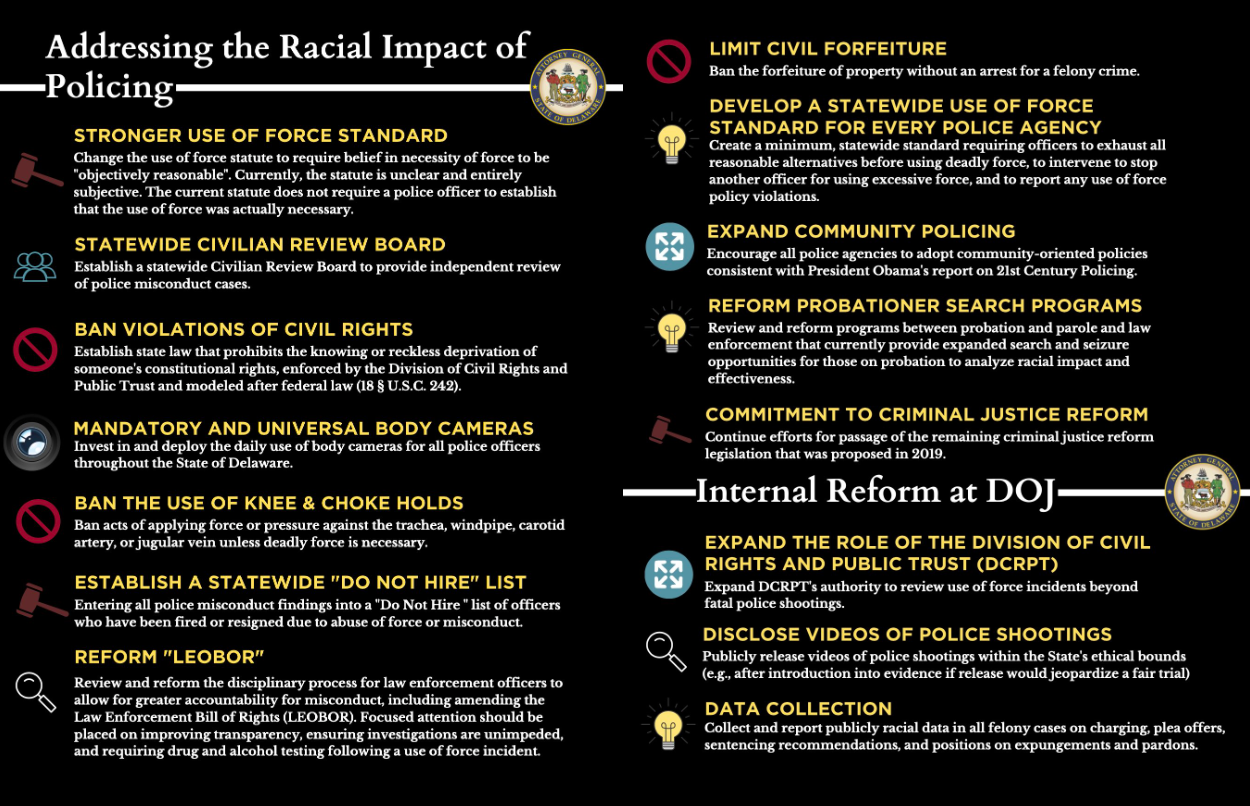 REVISING USE OF FORCE

New Jersey AG Gurbir Grewal announced plans for revising the state’s “Use of Force Policy,” which governs when the state’s law enforcement officers can use force against citizens. AG Grewal’s office has launched an online portal for public comments on the new policy and will be holding a series of community listening sessions throughout the state to collect public input. “The Use of Force Policy affects everyone, and so everyone should have the opportunity to weigh in on its revisions,” said AG Grewal. In the beginning of June, AG Grewal announced that New Jersey would launch a statewide database on police use of force and create a licensing system for police officers.

Colorado AG Phil Weiser announced his office’s support of a bill before the Colorado Senate to enhance law enforcement integrity and increase transparency around policing. “In Colorado, we work hard to ensure that our law enforcement officers are held to high standards, and that the policies and practices that guide their work are worthy of public trust. Senate Bill 20-217 advances these crucial goals in important ways and should be enacted into law,” said AG Weiser. This bill would require all local law enforcement agencies and the Colorado state patrol to issue body cameras to their officers and require that all recordings of an incident be released to the public within a certain timeframe.

New York AG Tish James announced the appointment of former United States Attorney General Loretta Lynch and NYU Professor of Law Barry Friedman as special advisors to help guide and support her investigations into complaints of alleged police misconduct during recent protests in the state. “The right to peacefully protest is one of our most basic civil rights, and we are working without rest to ensure that right is protected and guarded,” said AG James.

Virginia AG Mark Herring backed efforts to remove Confederate monuments across the Commonwealth. After a Richmond Circuit Judge granted a 10-day injunction temporarily blocking Virginia’s plans to remove a Robert E. Lee statue, AG Herring filed a brief stating “[t]he governor has both the authority and the moral obligation to remove this badge of white supremacy from its place of exaltation.” Read more here.

As chief legal officers, their criminal justice powers vary from state to state, yet Democratic Attorneys General stand united in their commitment to fight for justice and equality.

For a look at last week’s actions to transform policing, check out this note linked here.