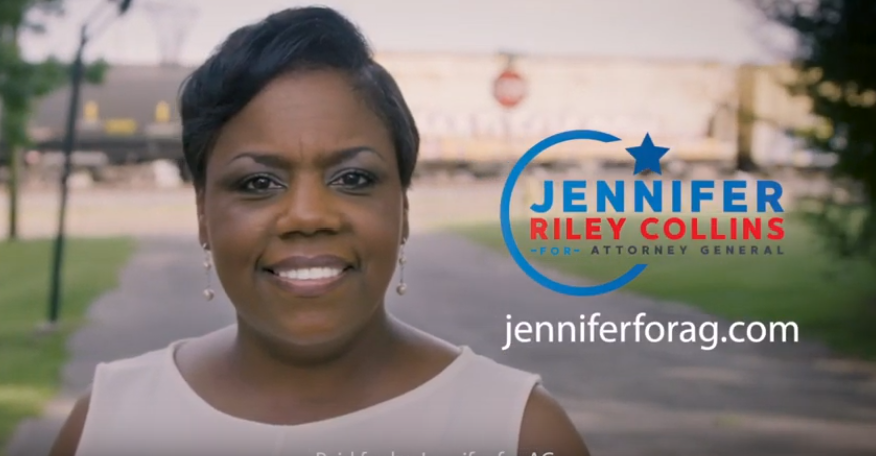 Jennifer Riley Collins is a native of Meridian, MS, a 32-year army veteran, a mother, and the former Executive Director for the ACLU in Jackson, Mississippi. If elected, she will be the first African American woman to hold statewide office in Mississippi. For a full transcript of the ad, see below.

A Q&A with Jackson Free Press: ‘Why Can’t I Break That Barrier?’: The JFP Interview with AG Hopeful Jennifer Riley Collins

“How does your military career affect how you would approach the attorney general’s office?”

And here is more from Jennifer Riley Collins’ campaign office opening this week! 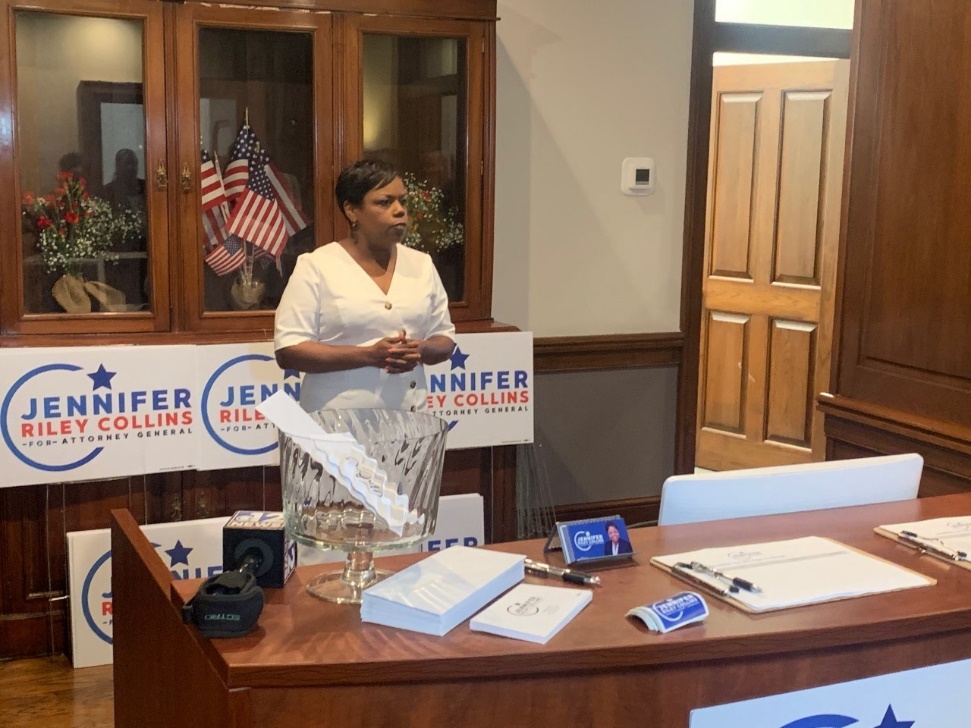 WJTV: Collins: Touts career of service as qualification for A.G.

“I want to work for every day Mississippians. I will work hard to use every skill, every gift God has ever given me to go to work for the people of Mississippi.”

To find out more about Jennifer Riley Collins and her campaign for Mississippi Attorney General, visit her website here!

The Lord has given me many gifts. My family, my sons, my health. He’s also given me the chance to help my neighbors.

Faith has guided our life. Church is community. They are a family. Having people that you can call on to either listen or to step in to be mentors is important.

I grew up on what some call the wrong side of the railroad tracks, in this house, right here where my sister Betty still lives.

Mom was a maid and dad drove a milk truck – he delivered milk to the elementary school where I attended.

My dad died of cancer at 56 years old. After working so hard for all those years, his body was too tired to fight the cancer.

My dad’s gift to me was his work ethic. I joined the US Army in 1985 and I served 32 years before retiring as a full bird colonel Intelligence Officer. I was trusted with a top secret security clearance and was honored to serve our country after 9/11. I did this all while raising three great sons. One is an assistant principal; one is a school teacher and my baby is a college student.

The word of God has guided my life as a mother and as a Christian. For I, the Lord, love justice, hate robbery and wrongdoing.”  And Isaiah 61:8 has guided my practice of law as an attorney for 20 years.

You put that to work and you put it to work for other people.

This is what I know about Jennifer Riley Collins, she was born to be a public servant.

I know Jennifer to be dedicated to her mission, to her country and her family. And she’ll be just as committed to serve everyone in the state of Mississippi.

I am running for Attorney General because I want Mississippi to be a place where everyone finds Justice under the law. And where we can all achieve our dreams in life, whatever those dreams may be.

I want to make sure that another little girl growing up next to the railroad track doesn’t just have to look and wonder but knows that she can go and be whatever she wants to be.

I am Jennifer Riley Collins and I am running for Attorney General for the Great State of Mississippi!