Washington, DC — Today, another Republican candidate entered the race for Attorney General in Nevada. Tisha Black joined Sigal Chattah in the GOP AG primary, making Nevada the next state with a messy primary. In Texas, major GOP candidates are spending heavily on TV and attacking each other in one of the messiest GOP primaries of the cycle. Here’s a preview of what Nevada voters have to look forward to in this messy, divisive GOP primary: 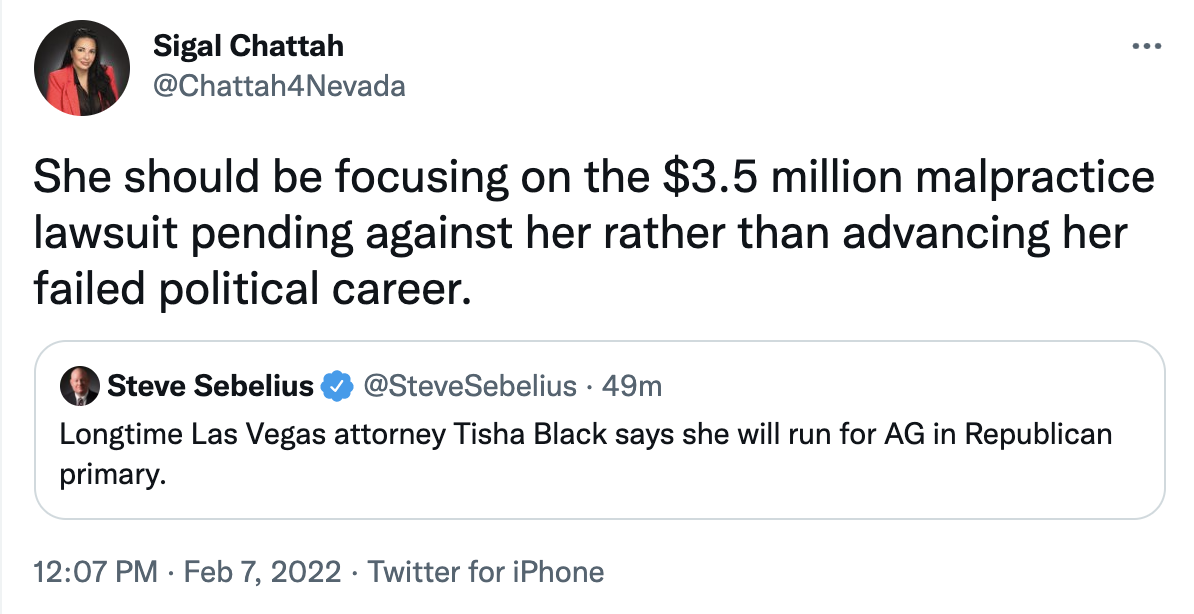 “Today’s announcement is the starting bell for a messy GOP primary for Attorney General. As we’ve seen around the country, GOP AG primaries have been divisive and ugly campaigns that do voters a disservice and distract from real issues that affect people every single day.

“While Nevada Republicans are diverting from the issues that matter most and attacking each other, Attorney General Ford will continue doing what he does best: delivering for the Silver State. He’s taking on scammers who try to defraud Nevada’s seniors, insurance companies who deny care, polluters who poison Nevada’s natural resources and environment, and criminals and drug dealers who prey on Nevada families. Attorney General Ford is running a strong, Nevada-first campaign, which puts him in a strong position to be re-elected this November. DAGA is proud to support him in his fight for four more years of protecting Nevadans, especially consumers, seniors and families.”