Washington, DC — In case being a 2020 election denier, praising the fringe, debunked movie “2000 Mules” movie, and not supporting the right to abortion wasn’t already too extreme for Arizona voters, this disastrous week for Abe Hamadeh proved that the GOP AG Nominee is unfit to serve as Arizona’s next Attorney General. He’s a dangerous extremist who is now lying to Arizona’s voters as he tries to cover up his endorsement from Donald Trump. 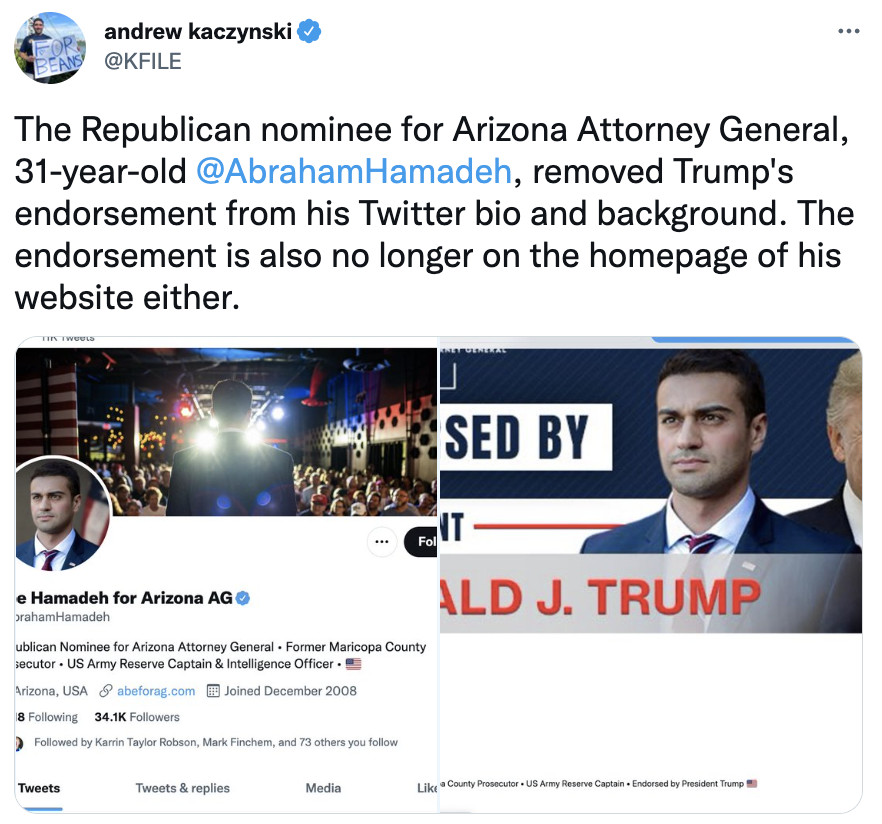 The week started with the Phoenix New Times’ new reporting on Hamadeh’s history of saying antisemitic comments and bragging about committing voter fraud. Here’s a look at some of the headlines as more outlets weighed in on the explosive new findings in a week that rocked Hamadeh’s campaign for AG:

As Democratic AG Nominee, and the clear choice for Arizona voters, Kris Mayes shared with Newsweek, “This is just conduct unbecoming of a top law enforcement officer in the state of Arizona. We cannot have an attorney general who not only espoused antisemitic beliefs but also may have committed voter fraud. I think the voters of Arizona are going to reject someone who has these antisemitic views, and also appears to be a complete hypocrite on the issue of voter fraud.”

Hamadeh was even offered to sit down and debate with Mayes following the news reports, but refused. He can’t face voters over his dangerous, extremist record and he has no place in the Arizona Attorney General’s office. 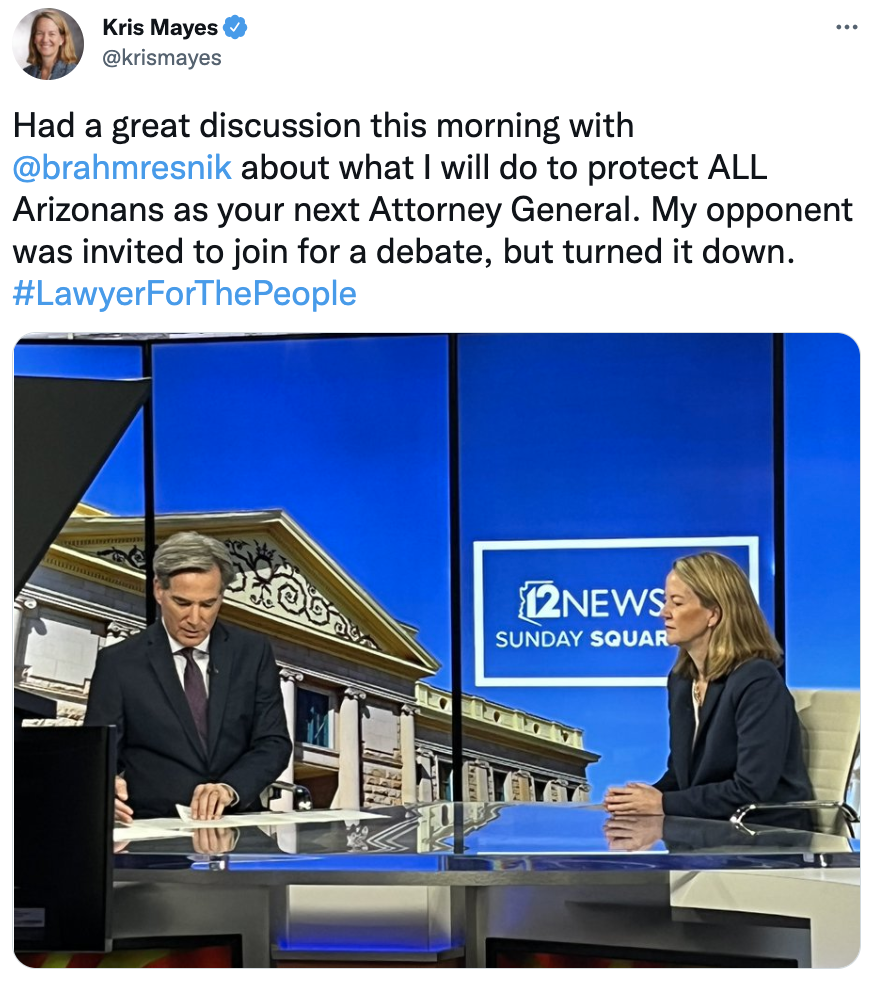