The Post goes on to report, “Former deputy attorney general Monique Miles also espoused unfounded conspiracy theories about voter fraud and election interference in more than a dozen Facebook comments that spanned months. Four people who interacted with Miles on Facebook confirmed the authenticity of the posts.”

Statement from Geoff Burgan, Communications Director, Democratic Attorneys General Association:“Jason Miyares needs to come clean: is he lying or incompetent? This raises even more questions about Republican AGs’ dangerous embrace of debunked conspiracy theories. Democratic AGs will stand up to these dangerous attacks on our democracy and win in November.” 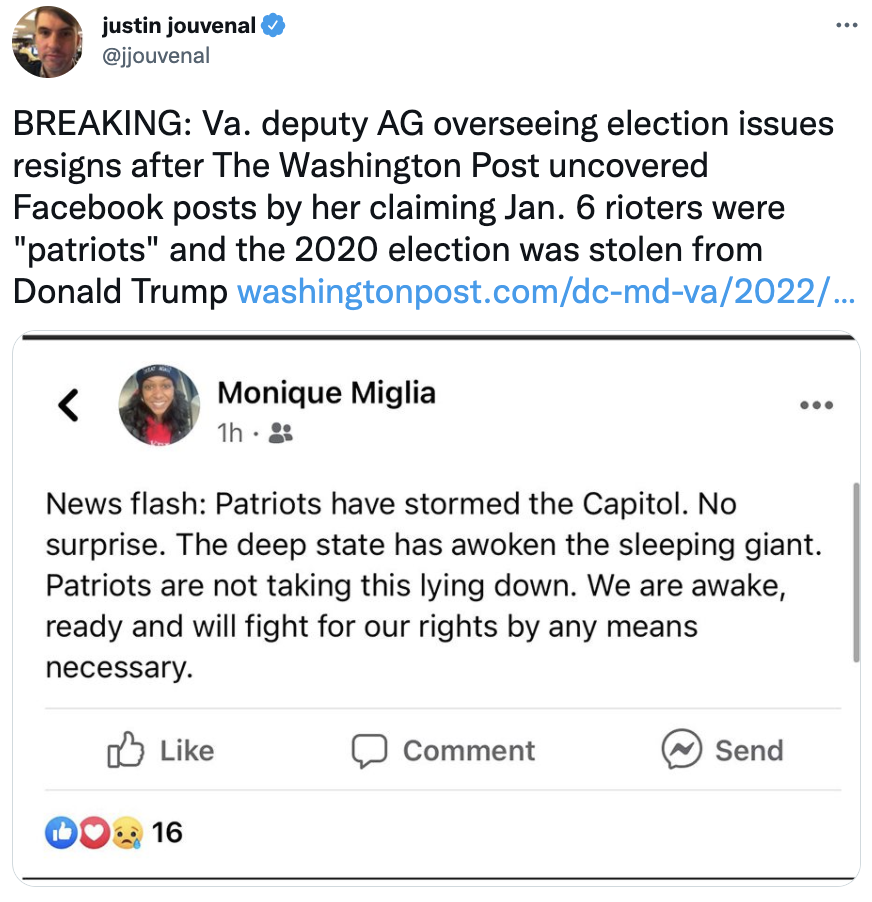 “In response to someone who commented on the post, Miles wrote the riot was a ‘peaceful protest.’ She added, ‘Don’t believe the MSM,’ an acronym commonly used for the mainstream media,” the Post said.

Jouvenal also says, “Miles also posted articles to Facebook supporting unfounded 2020 election conspiracy theories, including one that claimed GOP ballots were rejected by Dominion voting machines in Georgia and another about supposed voter fraud that was labeled false by Facebook.”