Washington, DC — Minnesota GOP AG nominee Jim Schultz is clearly desperate in his race against incumbent Democratic AG Keith Ellison – but Schultz, a hedge fund lawyer, is sinking to shocking new lows in his campaign to try and win.

Yesterday it was revealed that Schultz took a $1,000 donation from former Minnesota Rep. Jim Knoblach – who was accused by his own daughter of inappropriately touching her for years. Knoblach had to drop out of his 2018 race in disgrace, but clearly, Jim Schultz doesn’t care about the company he keeps. 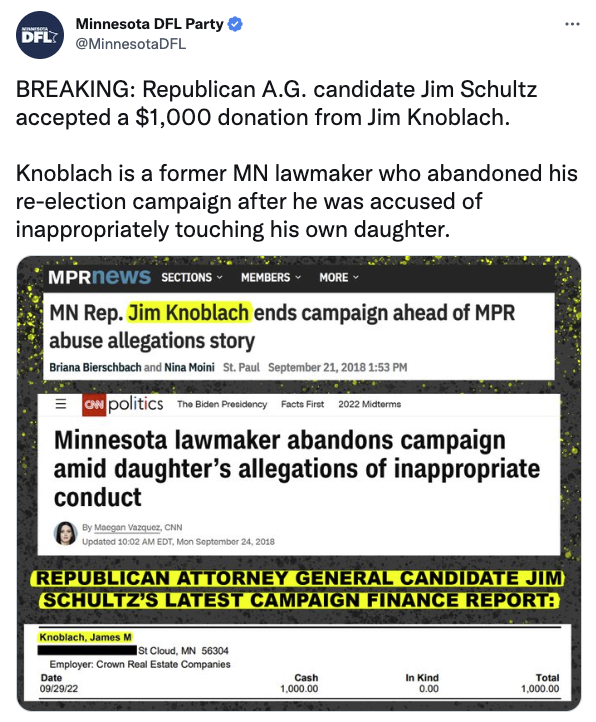 This donation comes at the same time that Schultz and his RAGA benefactors in Minnesota are facing potentially up to $10 million in fines for illegally coordinating on racist, fearmongering ads. It’s a shocking campaign finance issue that Minnesotans deserve to hear about.

There’s no bottom with Jim Schultz, the hedge fund lawyer who wants to be Minnesota’s next Attorney General.