Mayes Is Prioritizing Protecting Democracy Ahead of 2024

Washington, DC — Arizona has a new People’s Lawyer, and in her first week as Attorney General, Kris Mayes is already tackling some of the state’s biggest challenges. Axios Sneak Peek writes, “For the first time since 1974, Arizona now has Democratic leaders in its three top statewide offices — governor, attorney general and secretary of state.”

“Why it matters: Republicans hold a decisive voter registration advantage over Democrats in Arizona (35%-31%). But Dems have won three pivotal elections in a row, due to extreme GOP candidates. Just before New Year’s, Democrat Kris Mayes was certified winner of the attorney general race over Republican Abe Hamadeh. She won by just 280 votes — a margin whittled down from her 511-vote lead in the original count,” reports Axios.

As AG Mayes says, the future of democracy ran through the state of Arizona, and after winning her consequential race, Mayes is focused on the work ahead in protecting democracy. AG Mayes joined MSNBC’s Ali Velshi over the weekend to discuss why more than ever, we can’t let our guards down in defending America’s democracy despite Arizona’s historic democrat trifecta. 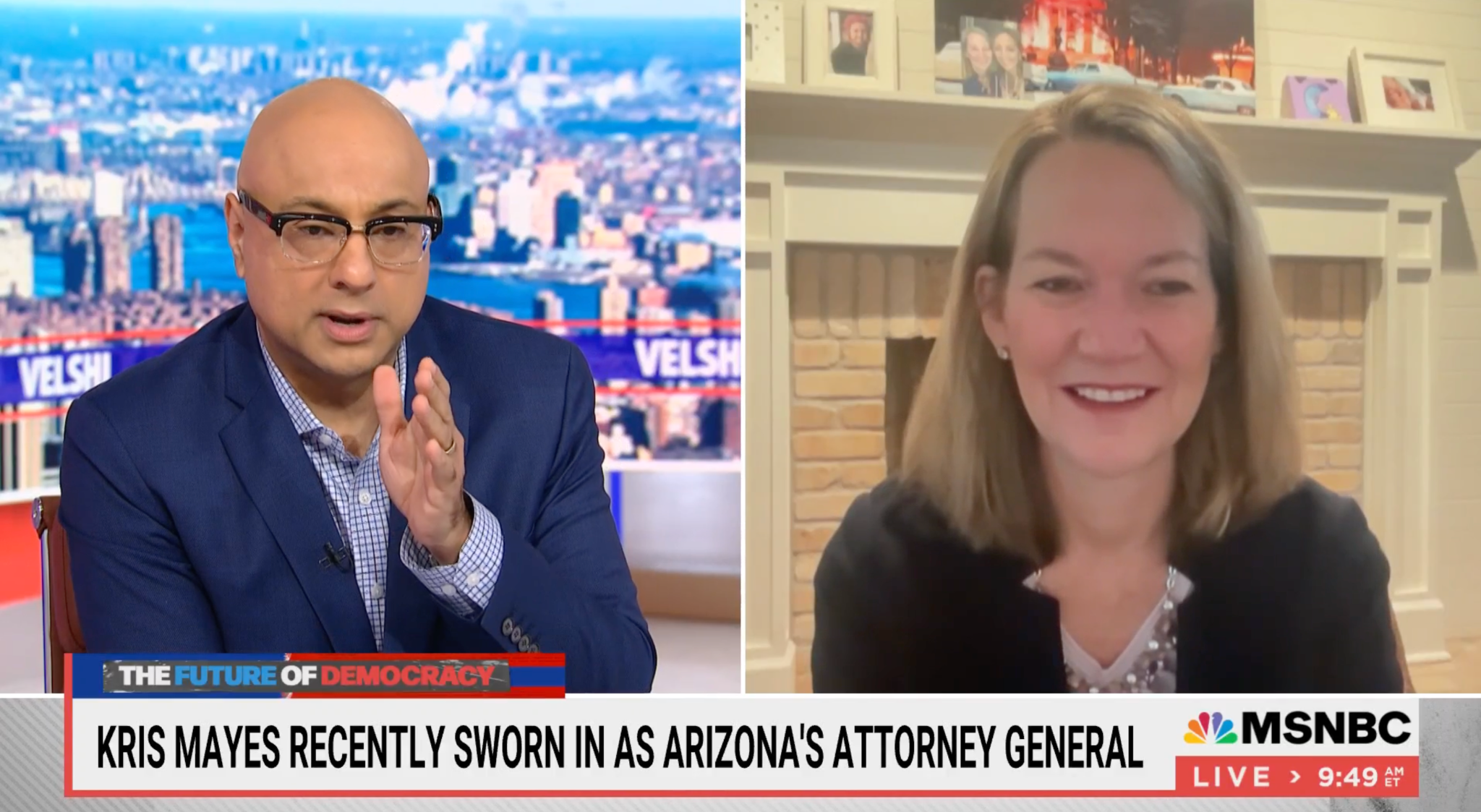