The ad highlights Jim O’Neill’s shameful track record as Forsyth County District Attorney. During O’Neill’s time as DA, domestic violence cases that didn’t get prosecuted went up 40%. Additionally, O’Neill was lenient with dangerous individuals including entering a plea deal with a teacher who raped students and allowing a man who violently broke his girlfriend’s spine to serve no jail time. Jim O’Neill is more interested in protecting criminals than North Carolina women and children. 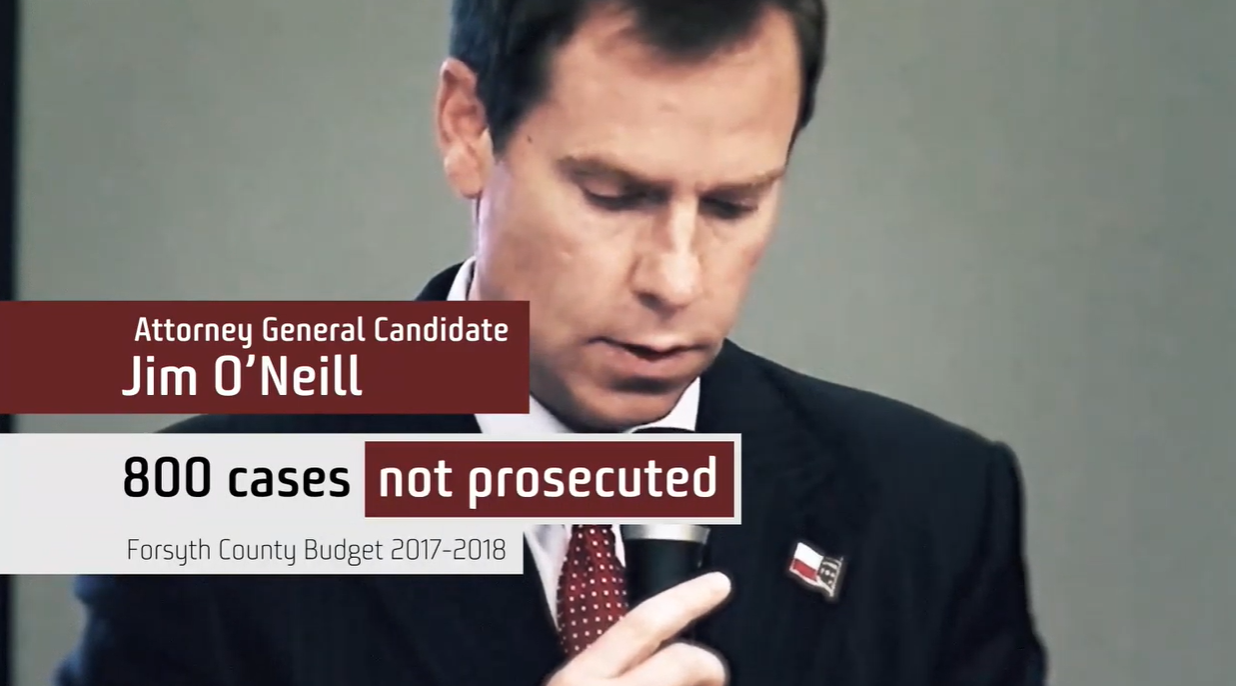 We tell victims of abuse to come forward and they’ll be protected.

But on District Attorney Jim O’Neill’s watch, domestic violence cases that did not get prosecuted went up 40% — over 800 cases without prosecution.

Instead of protecting victims, O’Neill gave a plea deal to a teacher who raped students and a man who broke his girlfriend’s spine got no jail time.

We need an Attorney General who will keep people safe.