In the past 24 hours, Democratic Attorneys General have taken swift action to respond to dangerous actions coming out of the White House on immigration and the environment. Quick recap below: 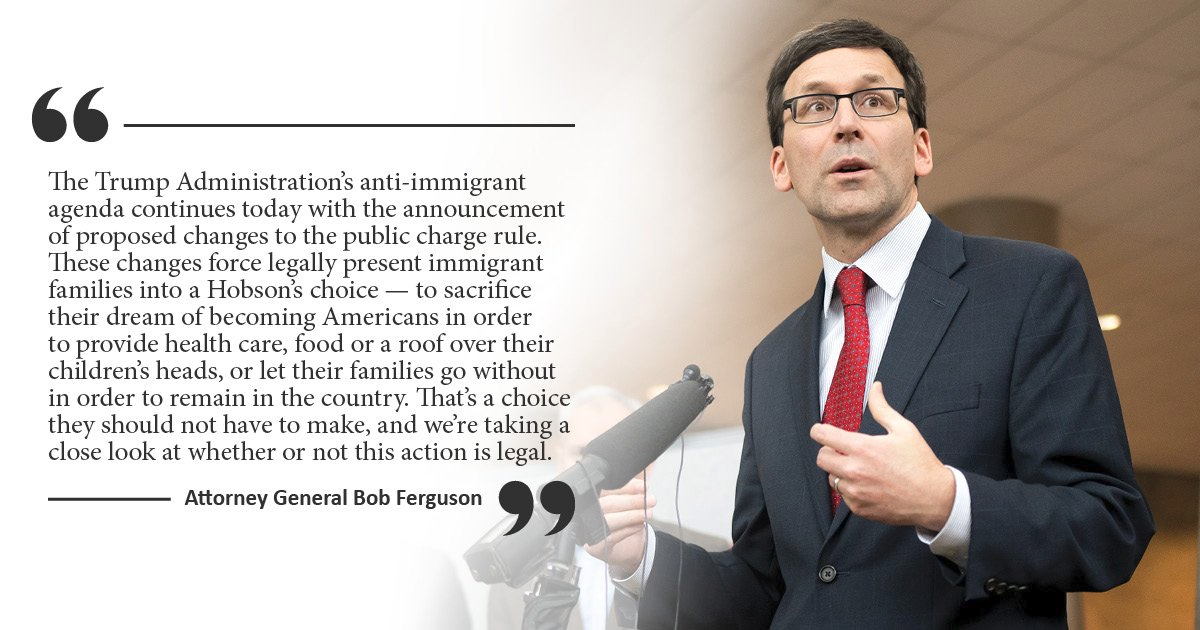 “Our precious wildlife and ecosystems are in critical danger. By rolling back the Endangered Species Act the Trump Administration would be putting a nail in our coffin – all for the sake of boosting the profits of those putting these species at risk in the first place. We’re ready to fight to preserve this important law – the species with whom we share this planet, and depend on, deserve no less,” said AG Becerra.

“By gutting key components of the Endangered Species Act, one of our country’s most successful environmental laws, the Trump Administration is putting our most imperiled species and our vibrant local tourism and recreation industries at risk. We will be taking the Administration to court to defend federal law and protect our rare animals, plants, and the environment,” said AG Healey.

Late last year, AG Becerra led a coalition of 10 Democratic Attorneys General in submitting a comment letter describing the flaws with the proposed rollbacks on the Endangered Species Act.

“Rather than staying the course with policies aimed at fixing the problem and protecting people’s health, safety, and the environment, the Trump Administration repealed the Clean Power Plan and replaced it with this ‘Dirty Power’ rule. My office, and this groundbreaking coalition of states and cities from across the nation, will fight back against this unlawful, do-nothing rule in order to protect our future from catastrophic climate change,” said AG James.

“The Clean Air Act requires the E.P.A. to utilize the best system of emissions reduction that it can find. This rule does the opposite,” noted AG Becerra. 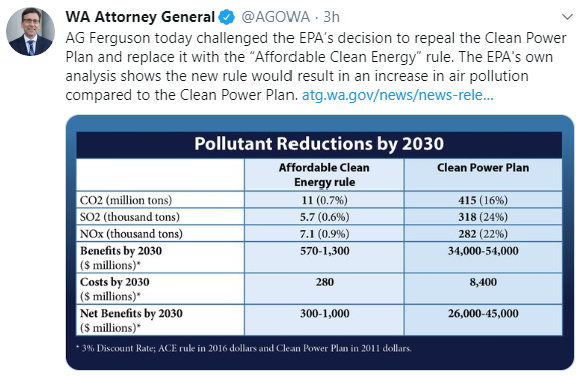