Washington, DC — Reproductive rights are on the ballot this year, and Democratic Attorneys General and AG candidates are sharing their plans and personal stories as they fight back against attacks on reproductive health care. Michigan AG Dana Nessel and Georgia state Senator and candidate for AG in Georgia Jen Jordan spoke with CNN’s Rachel Janfaza about what’s on the line when it comes to abortion access as the future of Roe v. Wade hangs in the balance.

“State Sen. Jen Jordan, who is running for attorney general, fears Georgia is ‘going to be getting a double whammy’ should Roe v. Wade be overturned and the state’s heartbeat bill be resurrected,” CNN reports. “‘The issue of choice is much bigger than just about access to abortion care. It really is about women having autonomy over their bodies and having control over their lives,’” Sen. Jordan shared.

AG Nessel also recently shared her personal abortion story when discussing how she will defend abortion rights in Michigan. “Earlier this month, Nessel, for the first time, described having her own abortion in 2002 while pregnant with triplets. At the time, Nessel had to terminate one of the pregnancies in order to carry the other two to term,” CNN reported.

The article continues, “Michigan Attorney General Dana Nessel has said that she would not use resources of her office to defend Michigan’s 1931 abortion ban, even if Roe v. Wade is overturned…‘I’ve made it very clear that if you are a medically qualified person to provide an abortion, I don’t intend to use the resources of my department to prosecute women or their doctors for what is a private and personal decision, and a medical decision, made between those parties.’”

AG Nessel also sat down with Fox 2 Detroit to share her personal abortion story for the first time. This marks the first time a non-federal statewide elected official has shared their abortion story publically. Michigan Sen. Gary Peters shared his own story about his family and abortion in 2020. Sharing and normalizing stories like these is more important that ever as we await a decision from the Supreme Court that could erase nearly 50 years of precedent, putting abortion access at risk in half the states in the country. 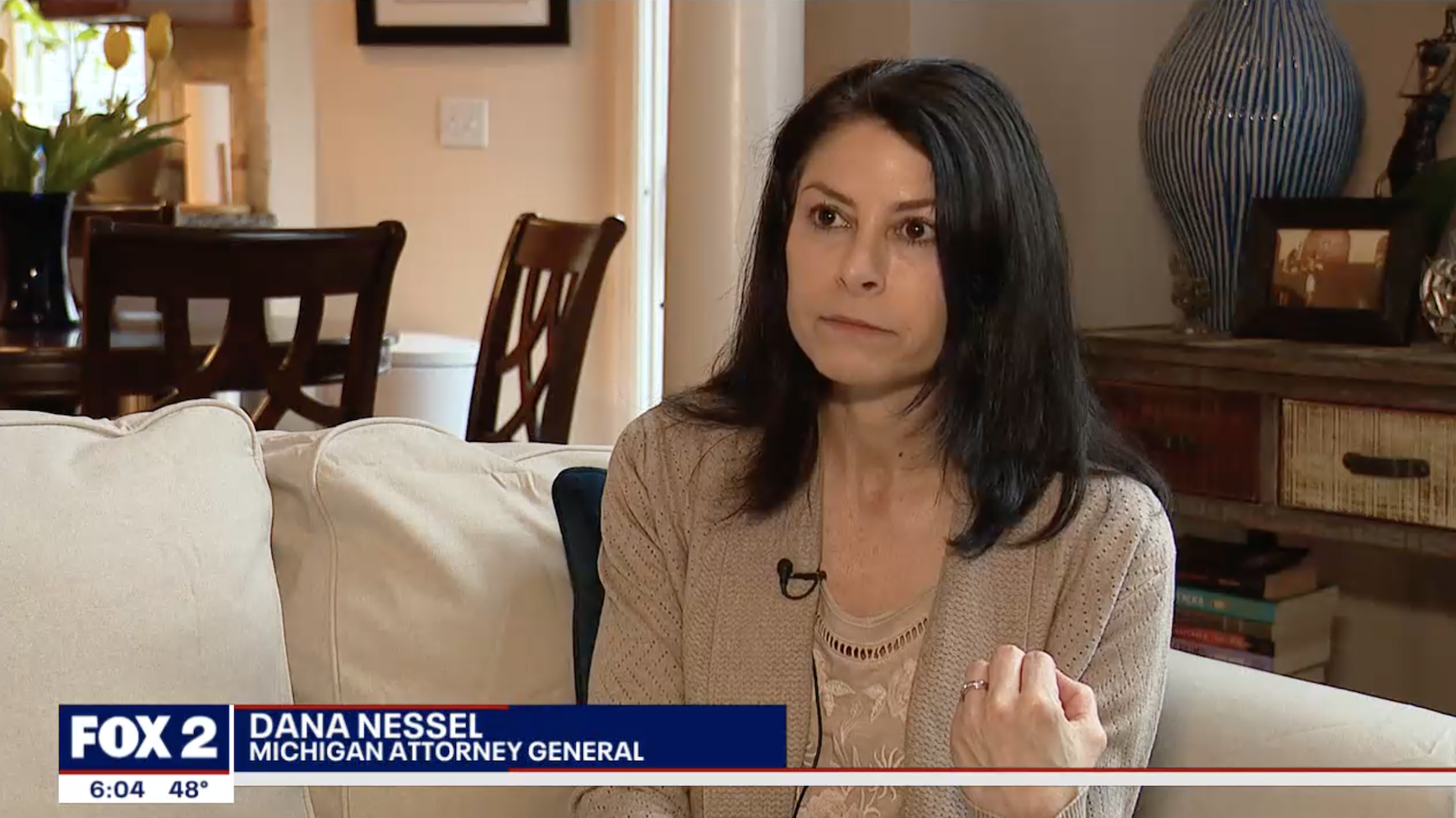 “‘I was told by my doctor that really the only chance of me being able to carry these babies to the point of viability, would be if I aborted one of them. It would give the other two at least a chance of survival,’” AG Nessel shared with Fox 2. “‘It was a choice I had to make and had I not done that, I know that things would have turned out very differently and none of them would have survived.’ Nessel says it’s just one example of the many reasons a woman might choose to have an abortion.”

AG Nessel also spoke with MSNBC’s Alex Witt this past weekend about Michigan’s 1931 abortion ban that would take effect should the Supreme Court overturn Roe. “I’ve always believed that women should have the right to have bodily autonomy,” said AG Nessel. “We have 2.2 million women in our state of reproductive age, and many of them will face death or great bodily harm in the event that prosecutors in our state are permitted to begin enforcing this law, and it is for that reason that it is unconscionable to me to defend this law.” 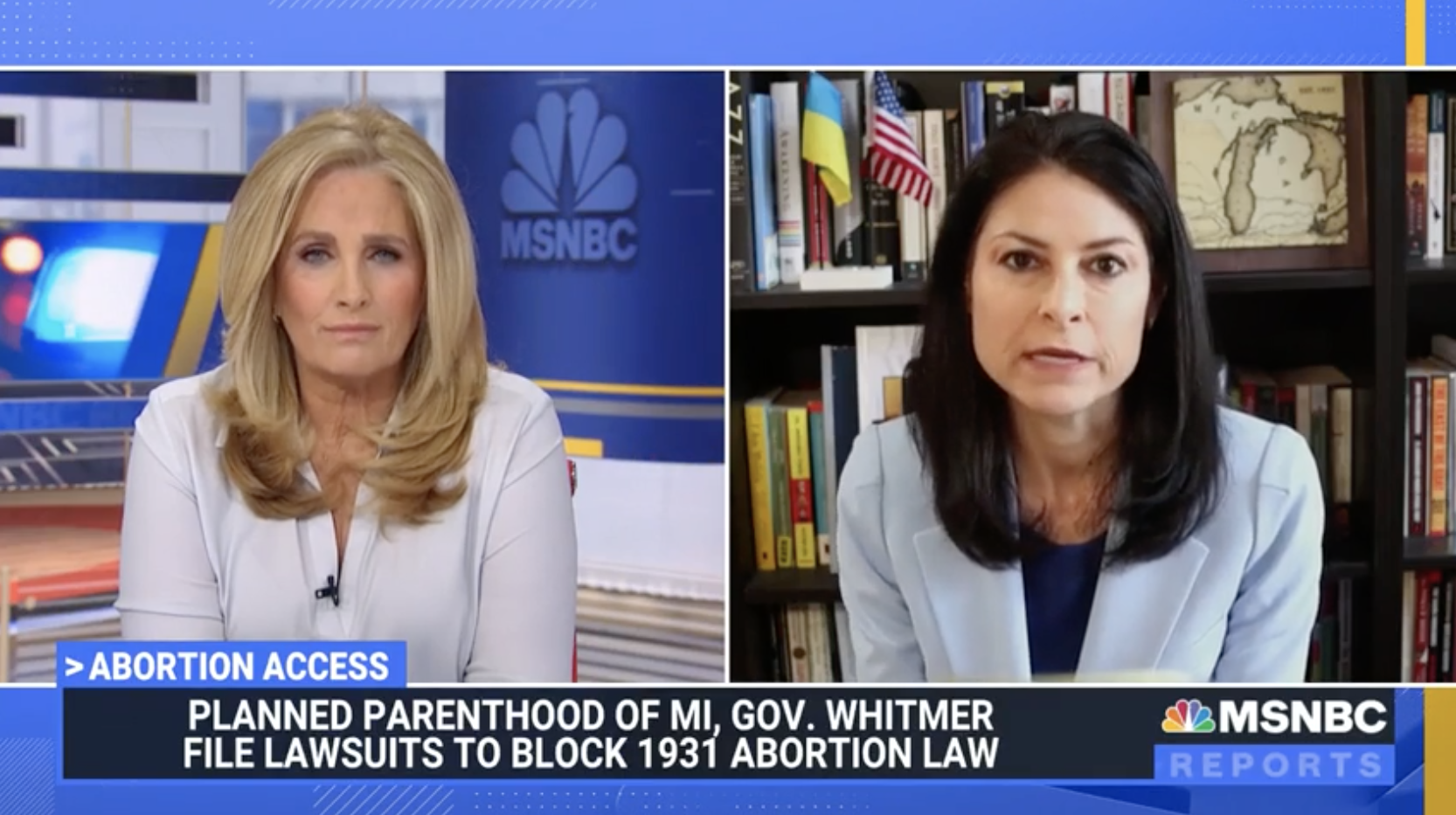