We know that we can expect DePerno, who is notoriously known for spreading lies about the 2020 election and our democracy, to push this same type of disinformation tonight as he did two years ago. 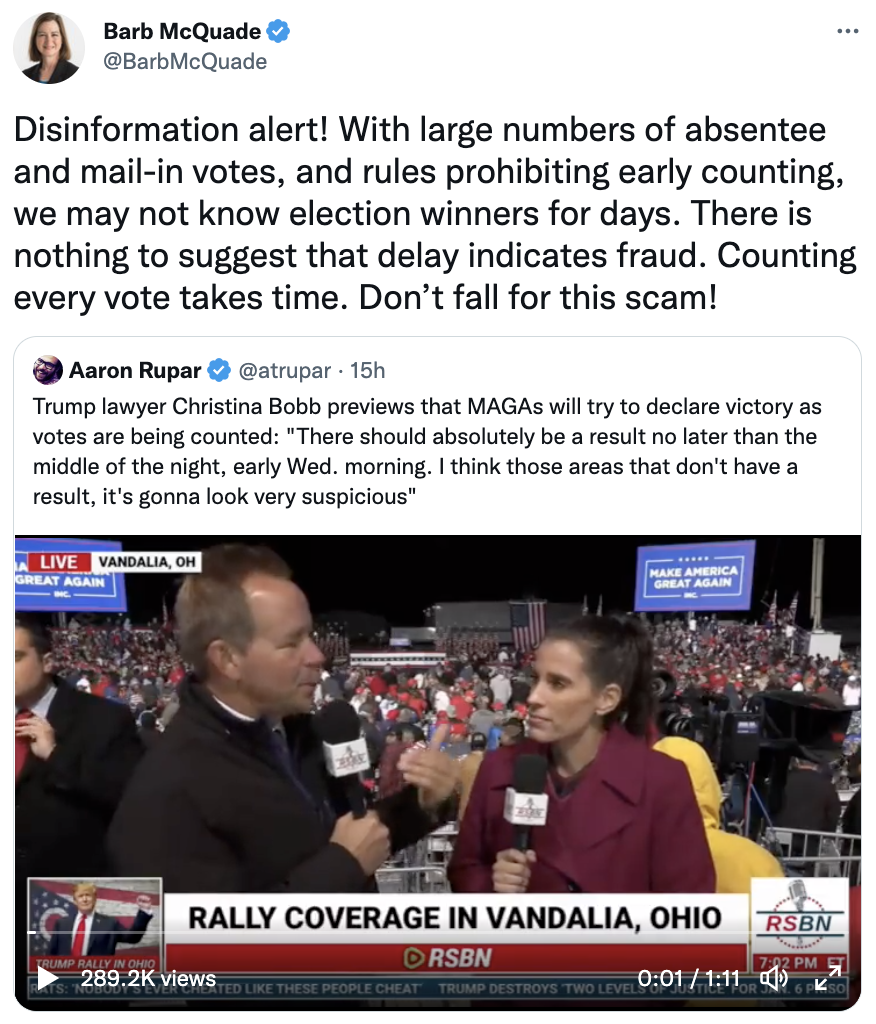 As Barb McQuade, University of Michigan Law professor and former US Attorney stated in response, don’t fall for it. Whatever Matt DePerno says tonight, we must count every legal vote.