Washington, DC — Extremist, far-right candidate Kris Kobach is locked in a primary battle to be the GOP nominee for Kansas Attorney General. 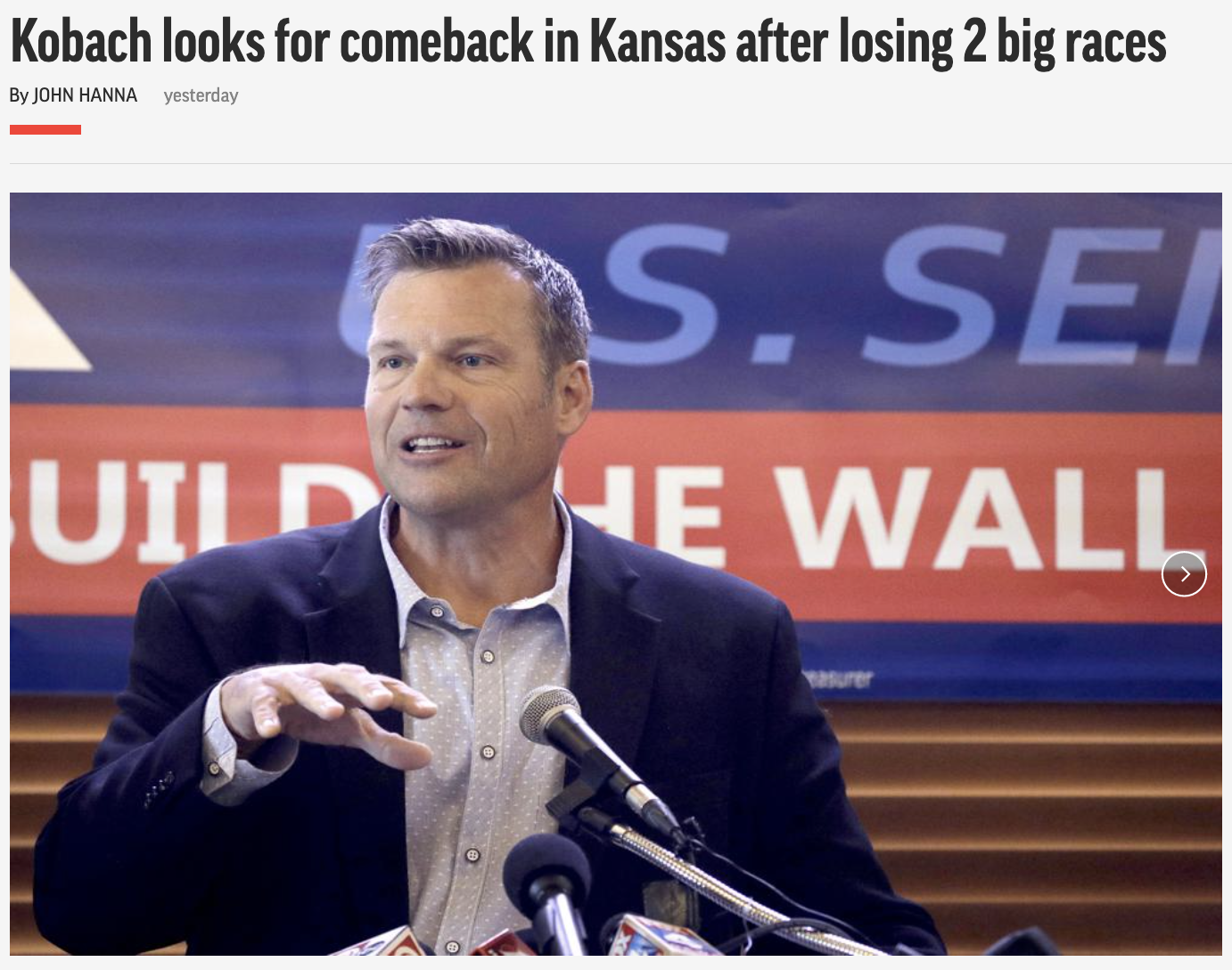 The Associated Press reports that the influential Kansas Chamber of Commerce has endorsed against Kobach in the race – an unusual move by a major player trying to silence Kobach.

Kansas Republicans may be trying to box him out, but far-right, extremist candidates for AG have already won their primaries in states like Michigan and Nevada. Kansas could be next.

DAGA proudly endorsed Chris Mann, a former police officer and prosecutor. He’s dedicated his career to fighting crime and will bring a new and needed perspective to the AG’s office.