Washington, D.C. — Abe Hamadeh, the Republican nominee for Attorney General in Arizona, is continuing his dangerous attacks on America’s military and law enforcement in an effort to appeal to Donald Trump, Steve Bannon, and their extremist allies and supporters. Hamadeh wants to be Arizona’s top law enforcement officer, yet he’s continuing his dangerous and reckless attacks on law enforcement and a decorated former U.S. Air Force officer. General Hayden served under both Presidents Obama and Bush and served in the Air Force for more than four decades. 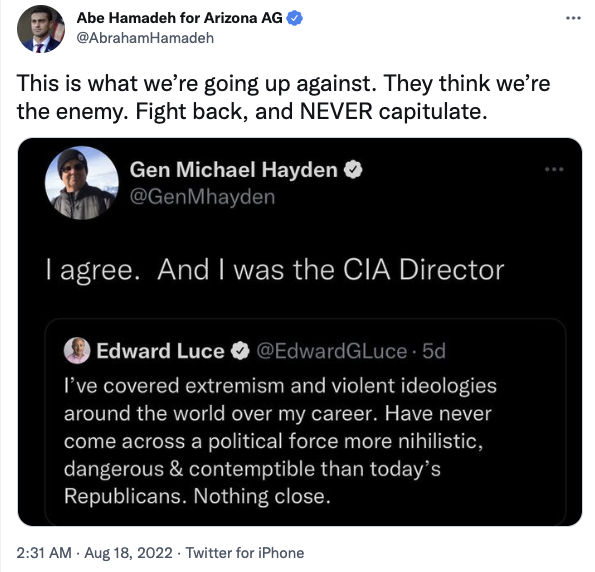 Last week after the Mar-a-Lago action, he attacked the FBI: