Washington, DC — Between the resignation of the Deputy Attorney General who supported the January 6th insurrection and a potential ethics violation among his staff, Virginia AG Jason Miyares is having a really bad week. Just take a look at some of the headlines:

As reported by 8News, “Two Democratic state lawmakers say they are considering calling for a probe into the Virginia Attorney General’s office, after citing questionable ethics of a senior staffer. The special assistant for investigations internally inquired about a job at the University of Virginia the same day the sitting attorney was fired, according to an email obtained by 8News.” They go on to report, “8News legal Analyst Rich Meager acknowledged that the incidents raise questions about ethics within the attorney general’s office. ‘This is where you absolutely have to have the most upright, ethical behavior, and the most upright ethical people because they are the ones that are ensuring justice is served in the state,’ Meager said.”

As CNN’s Jake Tapper said on his show yesterday, “There is a question, though, how much that this insurrection thing is baked into the Republican party right now…Just to underline the point, this was supposed to be a top deputy of the Virginia AGs office who would oversee election issues for Virgnia new Republican Attorney General.”And here’s a look at what others have been saying in light of the Post’s reporting on the deputy AG’s resignation: 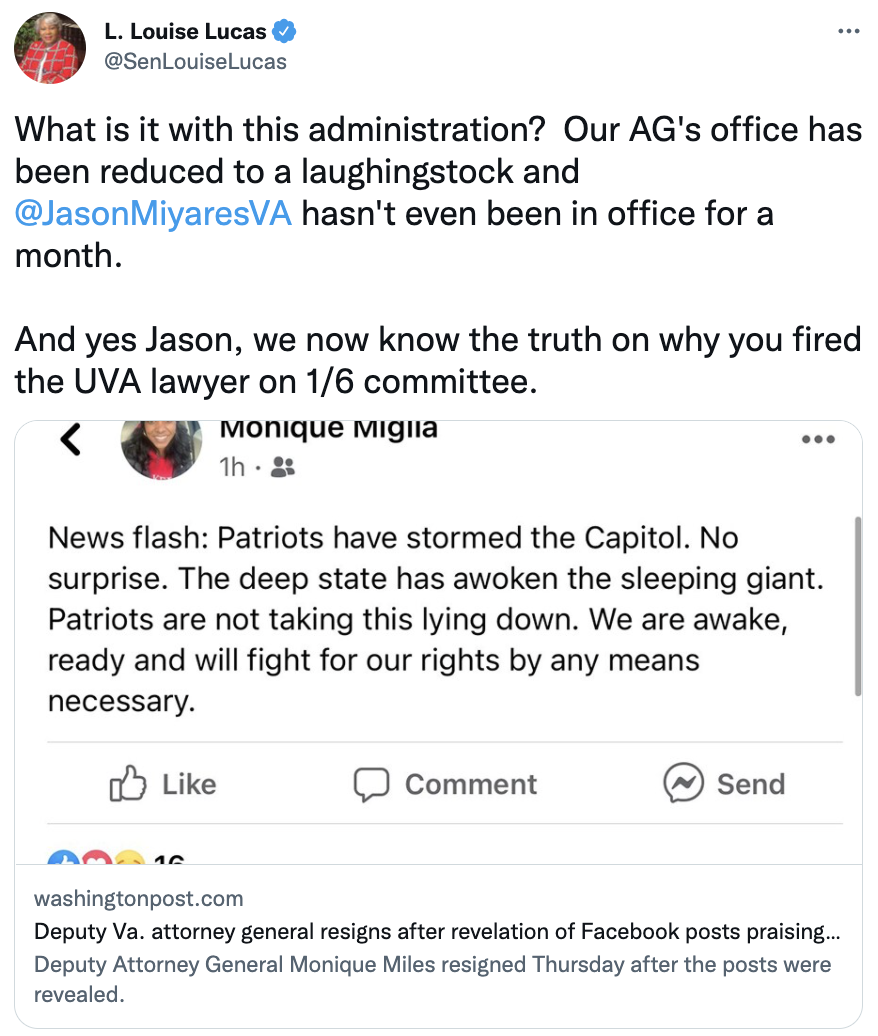 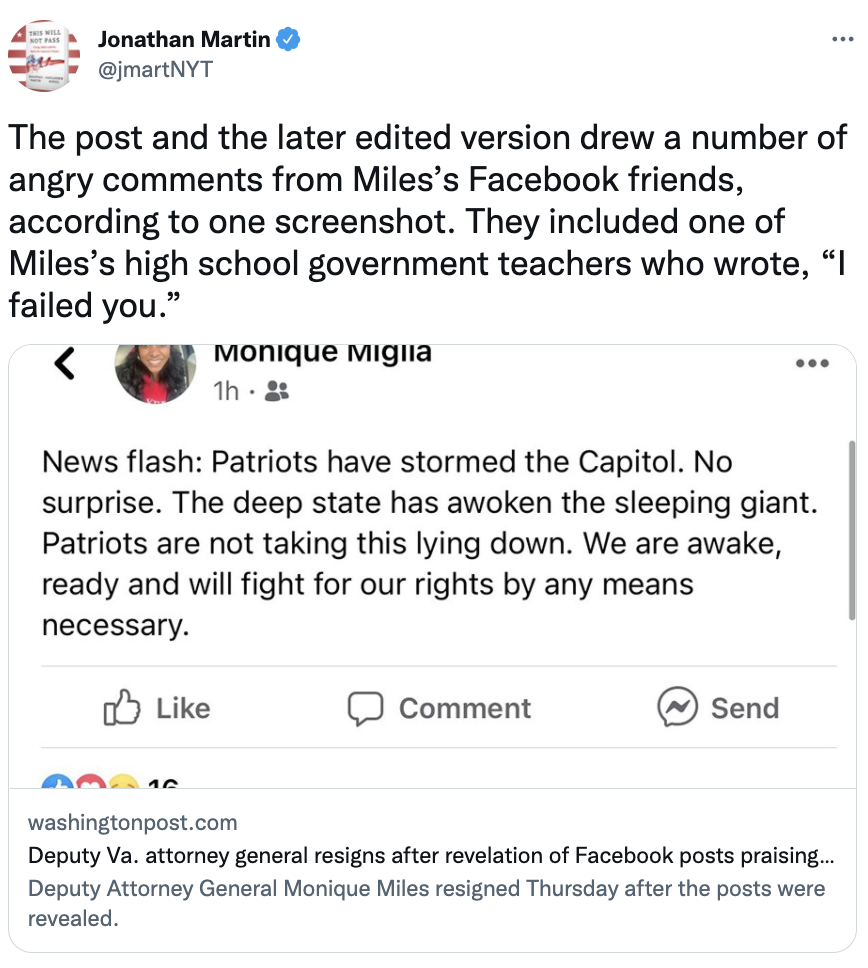 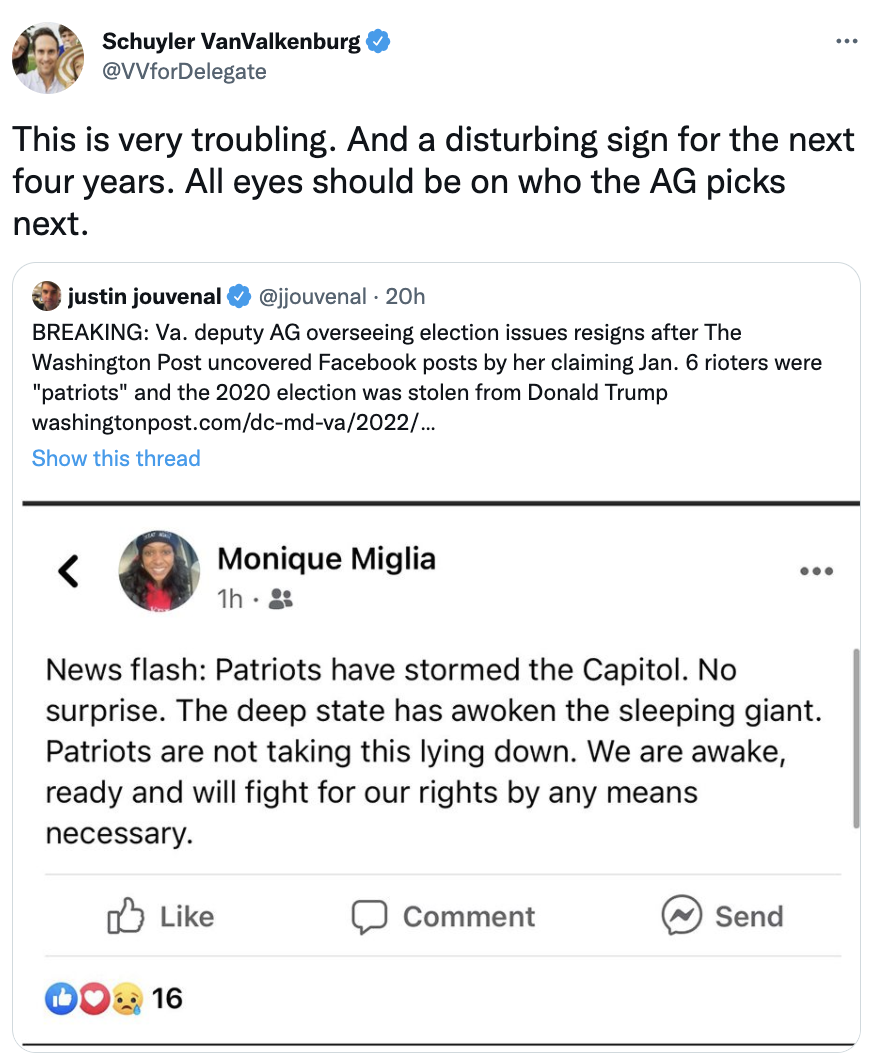