First came the endorsement from national voting rights leader Stacey Abrams. In her endorsement, Abrams focused on protecting access to the ballot box and defending access to affordable health care as two driving factors in her decision to endorse AG Stein. 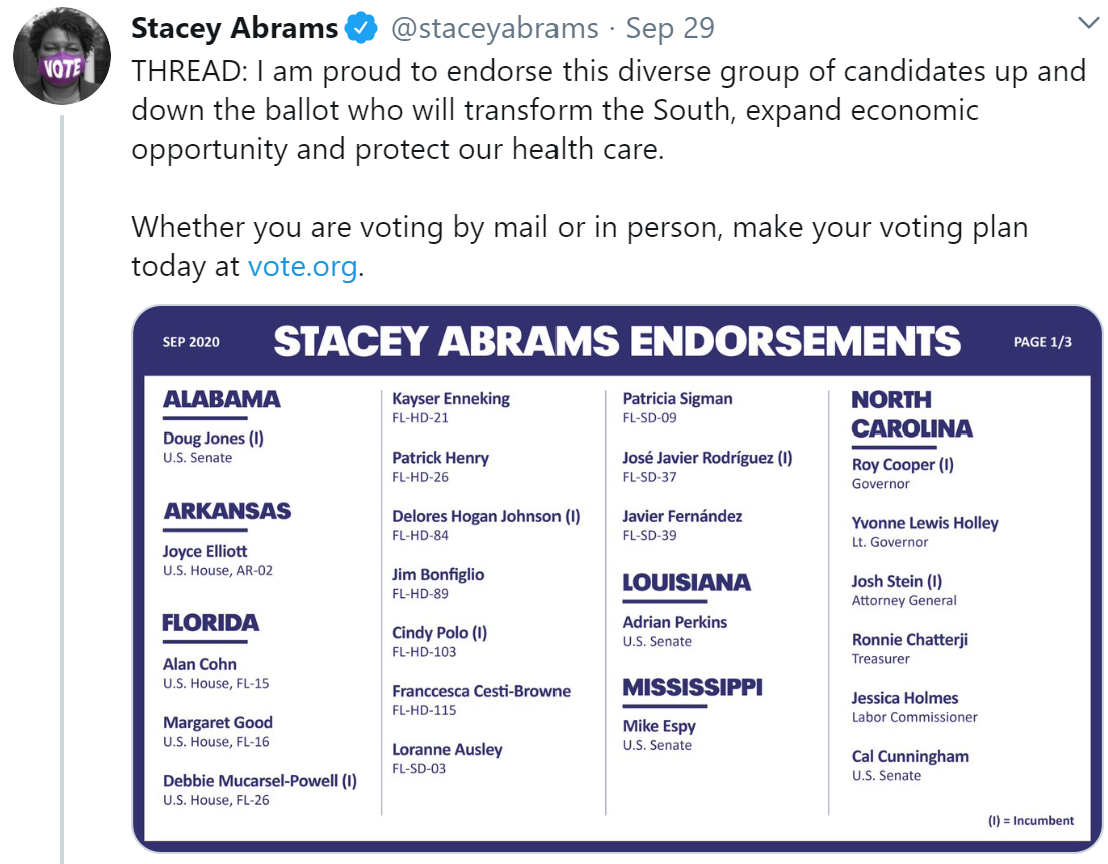 In a joint endorsement, the two editorial boards wrote:

Democrat Josh Stein is what Republicans might call an “activist” state attorney general. He prefers to describe his style as “aggressive.” Whatever the adjective, it’s fair to say Stein isn’t shy about taking on an array of issues both in court and on Twitter – sometimes to the point of seeming like he’s running for higher office.

Stein has shown how much more the office can be. Among other successes, he’s worked to curb the opioid epidemic, sued polluters and stood up for N.C. voting rights. His office missed badly in not counseling against the ridiculous UNC contract for Silent Sam’s removal, but he has approached his job broadly and effectively. We recommend Stein for another term.