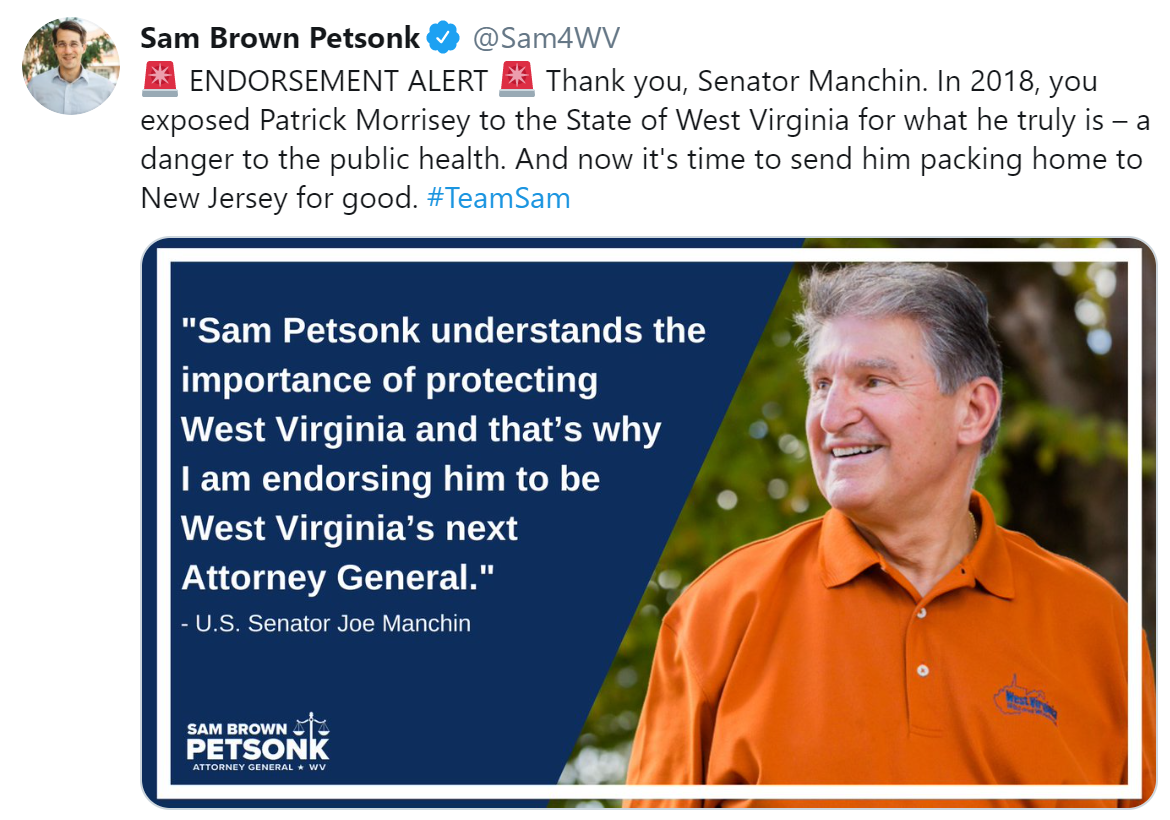 In his endorsement, Senator Manchin emphasized the importance of protecting access to affordable health care for West Virginians. Central to Petsonk’s campaign is his dedication to protecting West Virginians’ health care; a sharp contrast for voters as AG Morrisey continues his push to eliminate health care protections including those for people with pre-existing conditions.

In case you missed it, full endorsement statement below.

“Now more than ever, West Virginia needs an Attorney General who will fight to make sure their health care isn’t taken away because of pre-existing conditions like diabetes, pregnancy, or high blood pressure. I know Sam Petsonk and he is that man. In 2018, Patrick Morrisey was on a crusade to cut healthcare for hundreds of thousands of West Virginians and now in 2020, even in the middle of a global health pandemic, he continues to fight for a lawsuit that would eliminate protections for people with pre-existing conditions. As a ninth-generation West Virginian and a lawyer that has fought for our coal miners and our schools, Sam Petsonk understands the importance of protecting West Virginia and that’s why I am endorsing him to be West Virginia’s next Attorney General. Morrisey is dangerous for West Virginia and he must go home to New Jersey.”