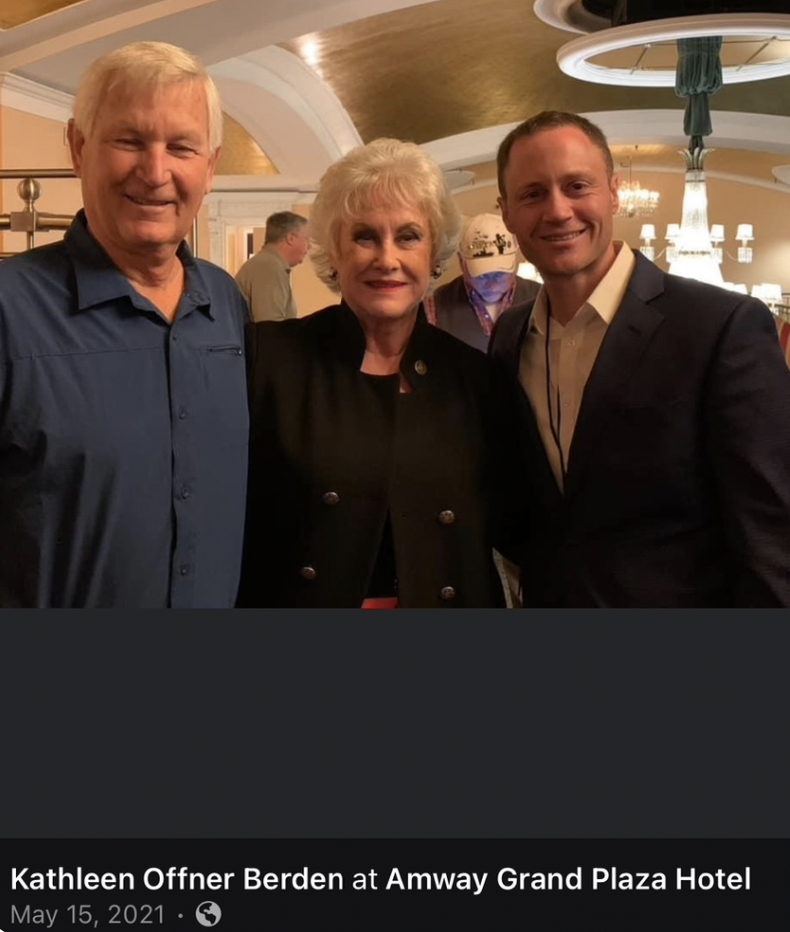 Tom Leonard pictured on left, Berden in the middle.

This continues a disturbing pattern of Republican AG’s or Republican AG candidates’ involvement in the ‘Big Lie’ and January 6th, including the Republican Attorneys General Association (RAGA).

RAGA’s policy arm, the Rule of Law Defense Fund, paid for robocalls to recruit attendees to attend the “Stop the Steal” rally that included speeches from then-President Donald Trump, Texas Attorney General Ken Paxton, and others supporting the “Big Lie” ahead of the insurrection and was listed as a sponsor of the event. RAGA’s former Chair also spoke at the rally that incited a mob, and former GOP AG Josh Hawley led the effort in Congress to undermine the election. In the year since January 6th, news reports have uncovered more of RAGA and RLDF’s involvement in the insurrection, including that a donor gave the RLDF $150,000 to promote the rally.