Kris Mayes Is Confident Ahead of Recount in Arizona

As AG, Mayes Promises to Crack Down on Threats Against Elections Officials

Washington, DC — In one of the closest-ever statewide races in the Grand Canyon State, Democrat Kris Mayes leads Republican Abe Hamadeh by 510 votes. As the two head into an automatic recount next month, Mayes has kept spirits high, emphasizing how she’s confident that the end result will be the same and sharing her plans as Arizona’s People’s Lawyer.

The Arizona Republic reported on Mayes’ race, writing, “‘We knew this race would be close. The polls showed us that. And we know we have a recount ahead,’ Mayes said in a statement to The Republic.”

Mayes continues, “As we head into this recount with a 510 vote lead, we feel confident that the end result will be the same, and I am very much looking forward to being your Lawyer for the People. I want to say I’m extremely proud of the campaign we ran. We were out there proactively on issues like reproductive rights, consumer fraud and the outrageous Saudi water grab. We will now be patient as we go through this process, and ask that everyone else do the same. Let’s lead with hope and humility versus divisiveness and chaos. I believe we’ve had enough of that. Thank you, Arizona! Onward…” 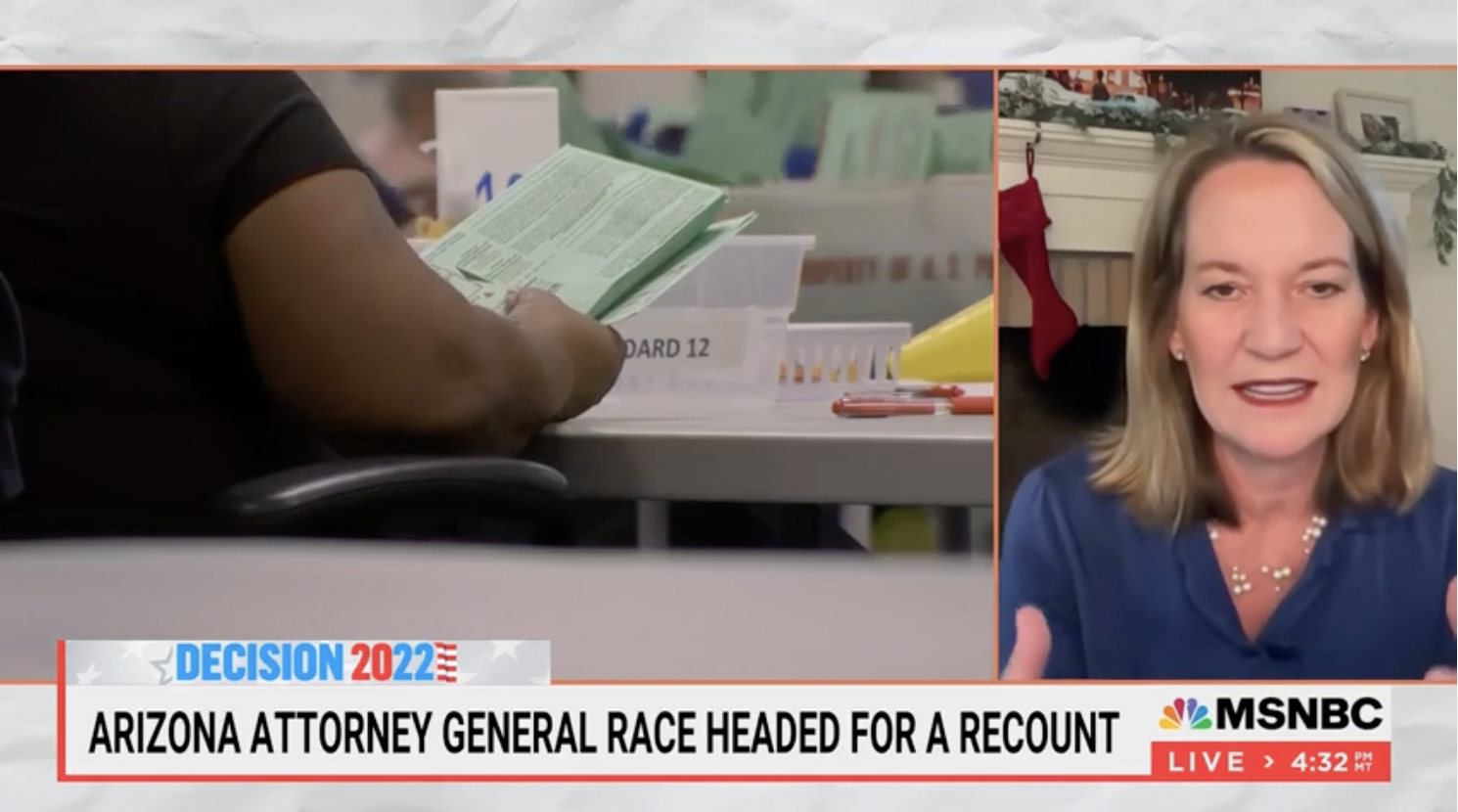 Most recently, Mayes joined MSNBC during the Thanksgiving weekend to talk about how a recount rarely changes anything with a margin this big and how Arizona has well-run elections. In the interview, she goes on to share how as AG, she will make sure law and order includes making sure our election officials feel safe.