“Trump has already endorsed 16 Michigan candidates this cycle, but he’s paid extra attention to DePerno, who he first backed in September. More recently, Trump penned a letter to Michigan GOP precinct delegates urging them to vote for DePerno,” according to Bridge Michigan.

In the letter, Trump said, “Matt is a patriot who will restore election integrity, end the mandates, stop the teaching of Critical Race Theory, and most of all he will protect and uphold the Constitution.”

Michigan’s far-right GOP primary for Attorney General is only getting worse by the day. 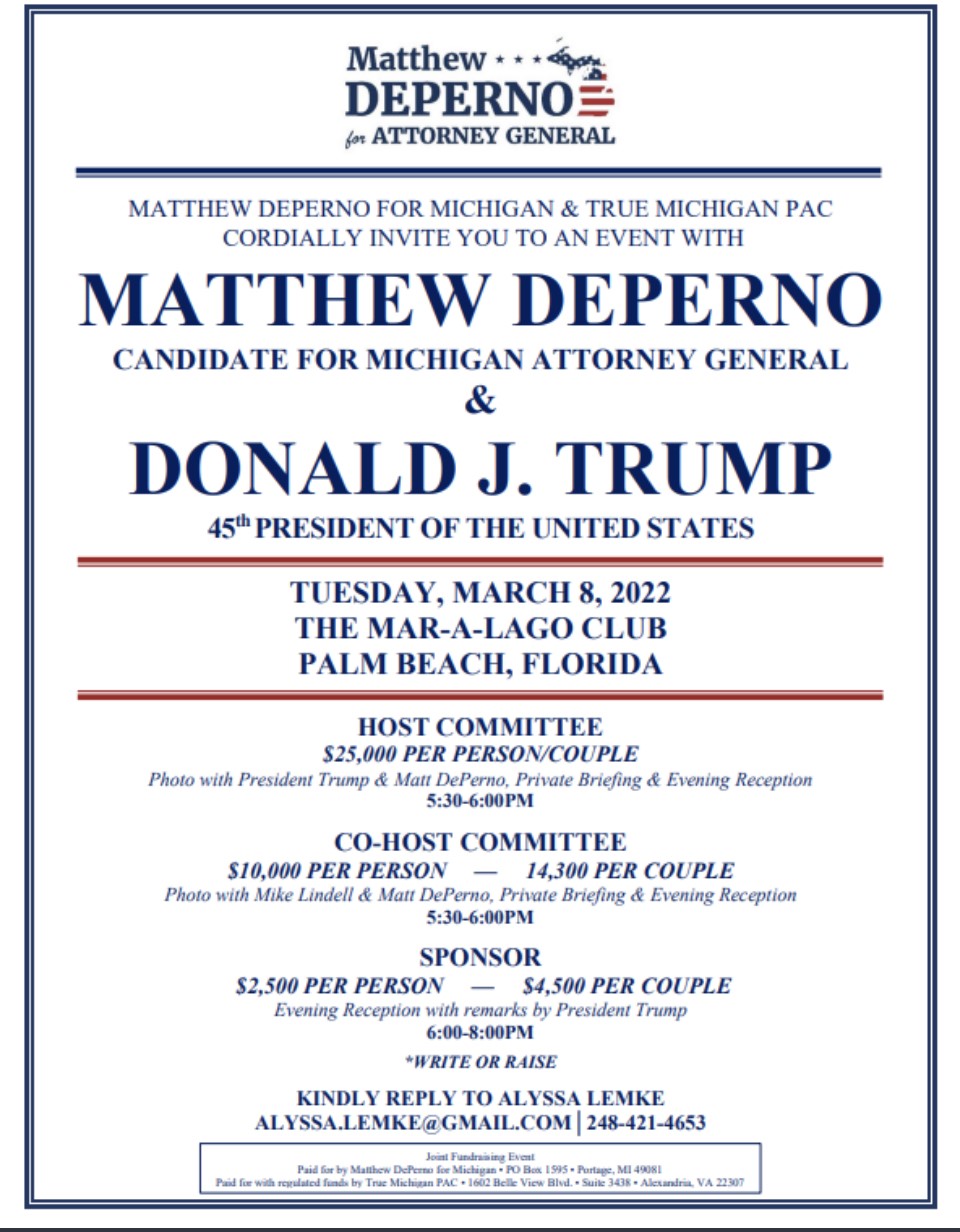