Washington, DC — Last week, far-right extremist Sigal Chattah won the Republican nomination for Attorney General to face Democratic Attorney General Aaron Ford in the general election this November. As the American Independent reported following her primary win, “Republican voters in Nevada on Tuesday picked a nominee for attorney general who once called for the lynching of the state’s current attorney general, who is Black.” 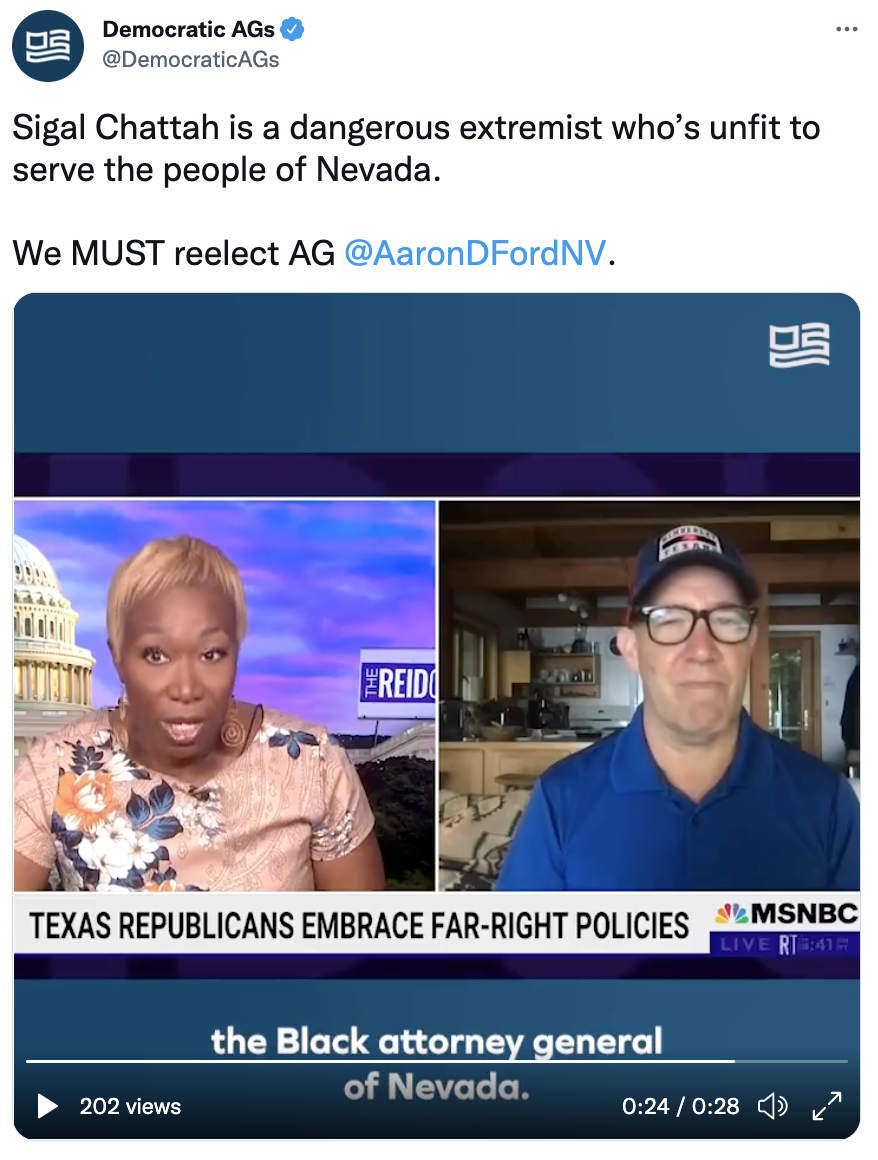 “According to texts released by Sarah Ashton-Cirillo, a former friend, in January, in April 2021 Chattah had written to her about Ford, ‘This guy should be hanging from a fucking crane.’”

AG Aaron Ford later commented, “Let me be clear: This type of chaotic and divisive language works to undermine the harmony, order, and community that MY office works to uplift every single day. Leadership over lawlessness.”