Austin Knudsen Continues to Block Local Veterans From Their Own Park

WASHINGTON, D.C.— Today, the Democratic Attorneys General Association (DAGA) released a new video slamming Republican nominee for Montana AG Austin Knudsen’s anti-access record on public lands. The video details a particularly alarming incident regarding Knudsen’s family blocking access to a veterans’ park located along the Missouri River outside of Culbertson. Knudsen and his family bought the land around the American Legion Post of Culbertson and gated it off, effectively blocking veterans from accessing their own park. 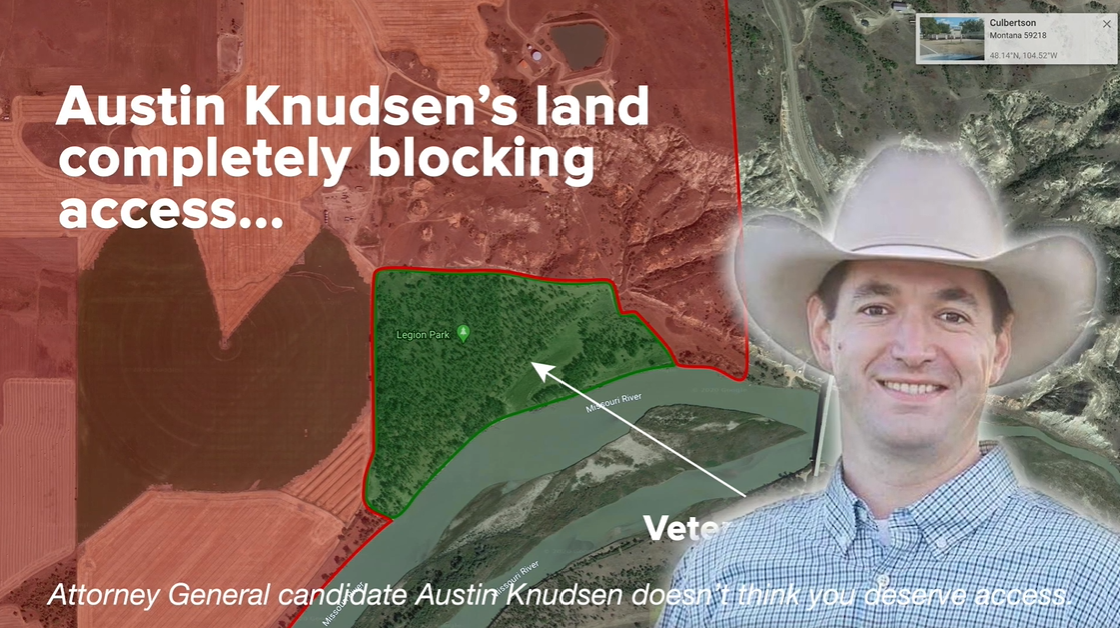 “If you care about protecting Montana’s public lands, beware of Austin Knudsen,” said Democratic Attorneys General Association Political Director Farah Melendez. “If elected, Knudsen will waste no time selling off Montana land to the highest bidder. Knudsen is blocking access to a veterans’ park – a park for the very men and women who put their lives on the line for our country; he is not someone who Montanans can trust as Attorney General.”

In addition to blocking access to the American Legion Post, Austin Knudsen’s record includes numerous attacks on Montana’s public lands. During his time in the state legislature, Knudsen thwarted a bill that would have increased fines for landowners like himself who block access to public roads. He voted to restrict access to public streams, and he voted to defund Habitat Montana—a successful wildlife conservation program that expanded access to thousands of acres for hunting, fishing, and other outdoor activities. Knudsen also takes an extremist position in support of the transfer of federal public lands, a policy that could lead to the sale of Montana land to corporate interests.

To learn more about Raph Graybill and his plan to protect public lands find out more information here.