WASHINGTON, D.C.— Today, the Democratic Attorneys General Association (DAGA) released the first installment of a veterans’ video series focused on the importance of public lands to Montana voters and Montana veterans. The first video features Spencer Keck, a Combat Corpsman who served in the Persian Gulf War and Afghanistan, sharing his perspective on Republican AG nominee Austin Knudsen’s role in blocking veterans from accessing an American Legion park near the Knudsen family ranch in Culbertson. In the video testimonial, Keck says “It angers me that Austin Knudsen is blocking access to veterans and their families [to] the American Legion Park in Culbertson.” The video follows sharp criticism of Republicans across the country for disrespecting the military and veterans following numerous reports detailing President Trump’s history of disparaging the intelligence of service members and showing disdain for wounded veterans.

“As someone from a military family, the disrespect for Montana’s veterans and public lands by Austin Knudsen should be disqualifying for any candidate, regardless of party,” said Brandon Richards, DAGA National Press Secretary. “These men and women sacrificed so much to protect our freedoms, and now Knudsen is actively taking away their freedom to access the respite of Montana’s public lands.”

“Montanans, and especially veterans, deserve an Attorney General who will fight for them,” added Richards. “Only one candidate—Raph Graybill—has a plan to protect Montana’s public lands.” 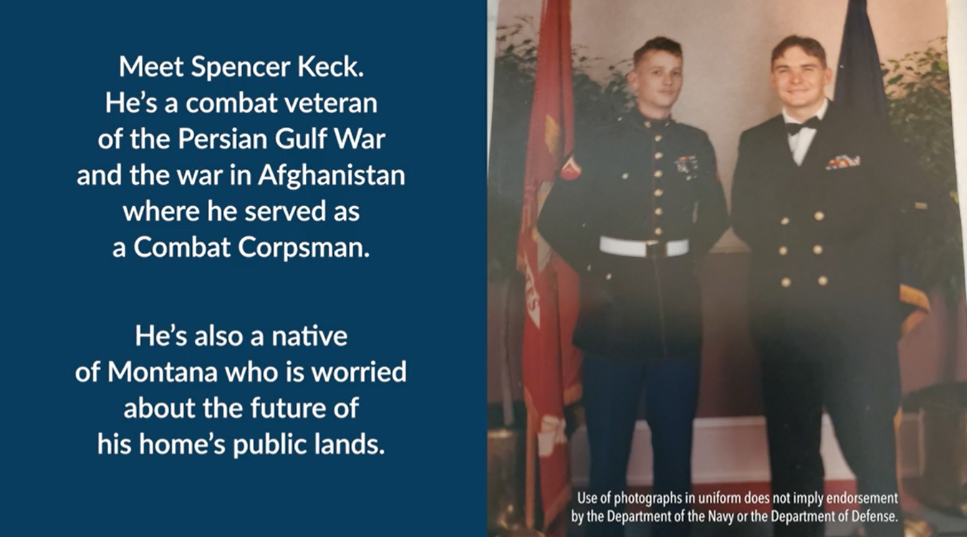 This video is the first installment in a series of veteran testimonials focused on the importance of public lands for Montana voters and the stark contrast between state Attorney General candidates. For a full interview with Spencer Keck, please check out the link here.