National Spotlight on Democratic AGs and Candidates with Roe Overturned

Washington, DC — Following the news last week that the Supreme Court ruled to overturn Roe v. Wade, Democratic Attorneys General and candidates have been speaking out against the ruling and sharing their plans to protect and defend abortion access.

Michigan AG Dana Nessel joined MSNBC several times over the course of the last few days to share how she’s working to remove a centuries-old abortion ban from the state’s constitution, and how she is refusing to enforce the law should it take effect. Earlier today, she joined Morning Joe and Andrea Mitchell to discuss the state of abortion access in Michigan and what’s next.

Georgia State Senator and Democratic nominee for AG Jen Jordan joined CNN and MSNBC to discuss the consequences that the Supreme Court’s decision will have on Georgians and why her race is so important.

New York AG Tish James joined MSNBC to send a clear message to people on the midterm elections: vote with the fact that this radical Supreme Court just overturned 50 years of precedent that Americans have relied upon.

California AG Rob Bonta joined MSNBC to talk about how he will continue to protect abortion access in California with Roe overturned and how they’re preparing for the increase in patients coming to his state given that it will serve as a key state for abortion access. 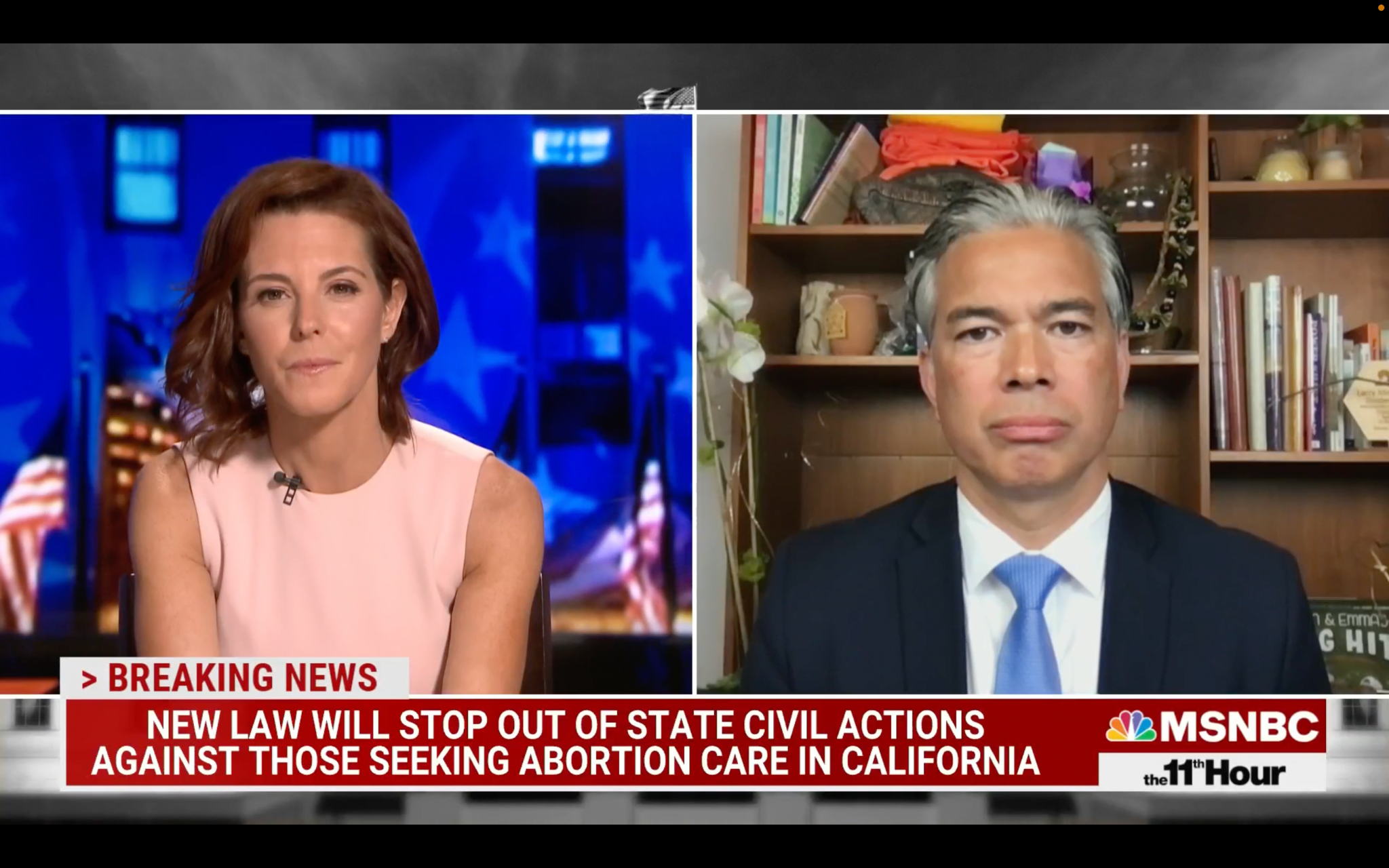 The Washington Post wrote on how important the midterm elections are for the future of abortion access and how Democrats are reacting. “Some Democratic candidates for attorney general pledged that they would not prosecute those seeking or preforming abortions. ‘This will be the number one issue in my campaign,’ said Kris Mayes, a Democrat running for attorney general in Arizona.”

The New York Times also covered how the ruling sends the abortion fight to states and AG races in particular. “The Supreme Court’s opinion eliminating the constitutional right to an abortion ended that era of disbelief, opening a new chapter of concrete consequences, in which races for governor, state legislature and attorney general, and even state courts might determine whether millions of Americans have access to the procedure.”