NEW VIDEO: Access to Affordable Health Care on the Ballot in Montana

WASHINGTON, D.C.— Today, the Democratic Attorneys General Association (DAGA) released a new video highlighting the stark contrast between the Attorney General candidates in Montana on the issue of affordable health care. During last weekend’s AG debate, Democratic candidate Raph Graybill, a fifth generation Montanan, shared his plans to protect health care and reminded voters that access to affordable care is on the ballot this November. Republican AG candidate Austin Knudsen downplayed the importance of the issue and avoided answering why he supports a lawsuit that will strip 112,000 Montanans of coverage and put coverage for 429,900 Montanans with pre-existing conditions at risk. Health care is a top issue in the AG Race. In fact, according to recent polling, once voters learn about the contrast between the candidates’ views on key issues like health care, Graybill leads the polls by 13%. 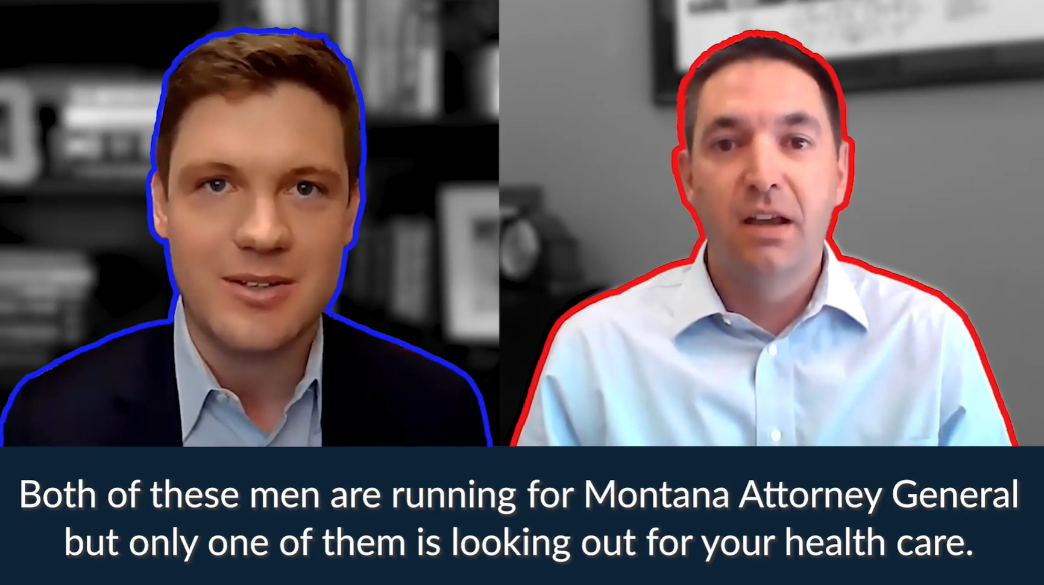 “There is no question that access to affordable health care is on the ballot this November,” said Amanda Trump, Deputy Political Director of the Democratic Attorneys General Association. “The difference between the two candidates couldn’t be clearer for Montana voters. Austin Knudsen appears hellbent on ending protections for people with pre-existing conditions and defunding Montana’s rural hospitals. Meanwhile, Raph Graybill is the only candidate who has put out a plan to protect Montanan’s health care and fight rising drug prices.”