Washington DC — Donald Trump’s dangerous presidency and post-election activities have left many moderate Republican voters in search of new candidates, and that reality is coming home to roost in Arizona.

Mayes, a former Republican who was elected statewide as an Arizona Corporation Commissioner, has secured significant local endorsements from Republican leaders like Rick Romley, the former Maricopa County Attorney who served in Vietnam. Romley was one of the veterans who spoke out this week against Republican AG nominee Abe Hamadeh at a bipartisan veterans roundtable hosted by the Mayes campaign.

“I will say it: crazy is not good for Arizona. We need adults in the room. We need people that, with sincere effort, will try to take Arizona forward,” said Romley.

This kind of bipartisan support is essential to winning statewide in Arizona, and Mayes is demonstrating she has what it takes to win this fall. 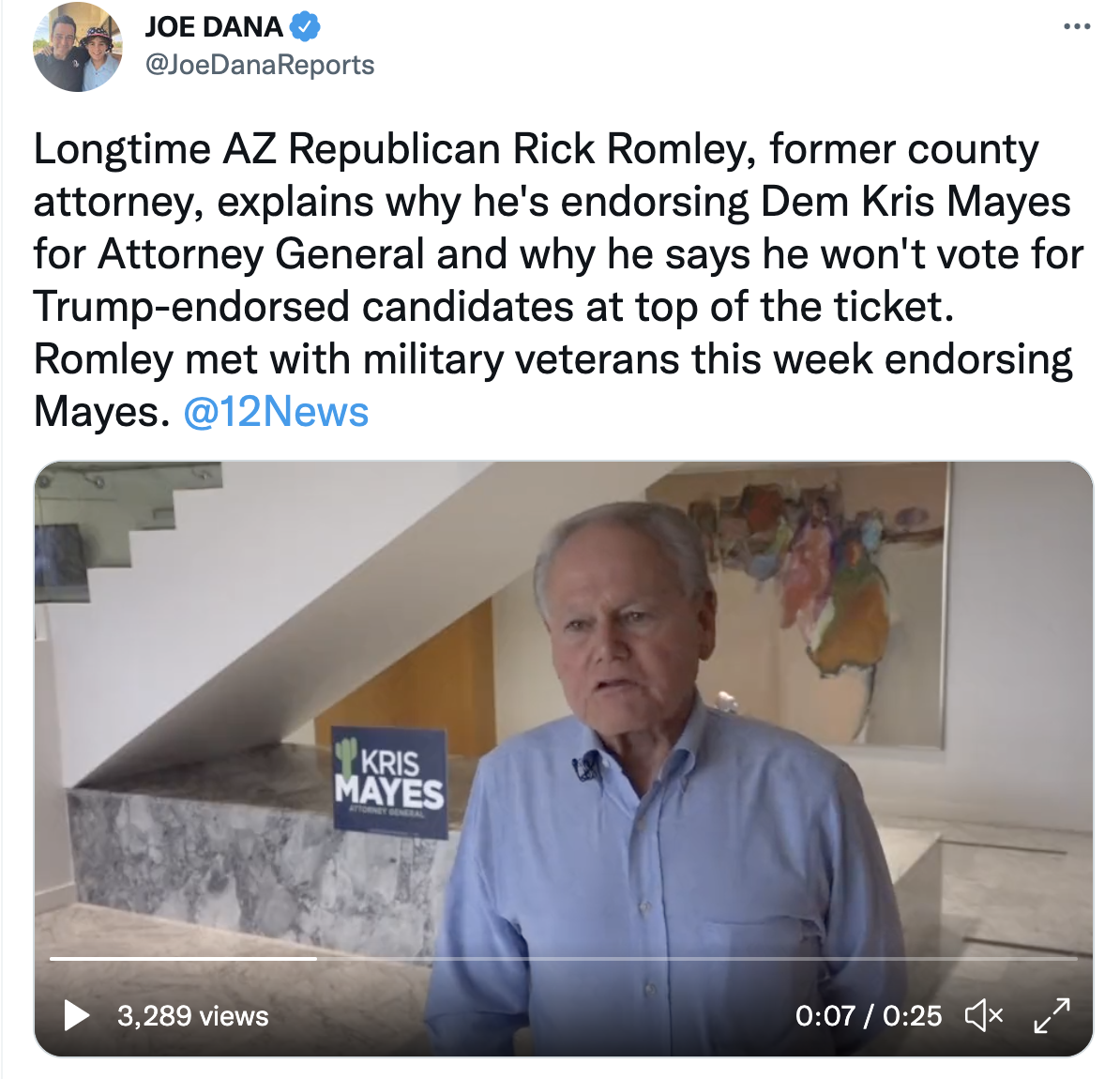