Washington, DC — After more results were released last night Arizona, the race for Attorney General is close and appears likely to head to a recount. National attention on this race continues to grow as far-right extremist Abe Hamadeh is the last battleground state election denier running in a statewide race that has yet to be called. Currently, Democrat Kris Mayes leads by just over 2,200 votes.

Hamadeh is one of Trump’s most loyal foot soldiers with a disturbing track record — from saying the 2020 election was rigged to his own bizarre stories about voter fraud. The outcome of this race could very well determine how Democrats will stand up to Trump and his allies in 2024, and national media are paying attention.

Last night, Rachel Maddow discussed the close race with NBC’s Steve Kornacki. As Kornacki stated, “The uncertainty I’m describing around how the provisionals will break, about how those remaining same-day votes will break in Maricopa County…exactly how that will break as well I think is what’s going to determine this Attorney General’s race where Hamadeh is certainly still in it, he’s within striking distance at least theoretically of Mayes after that last update from Maricopa County, that’s just the difference between being 4,000 behind and being 20,000 and change behind.” 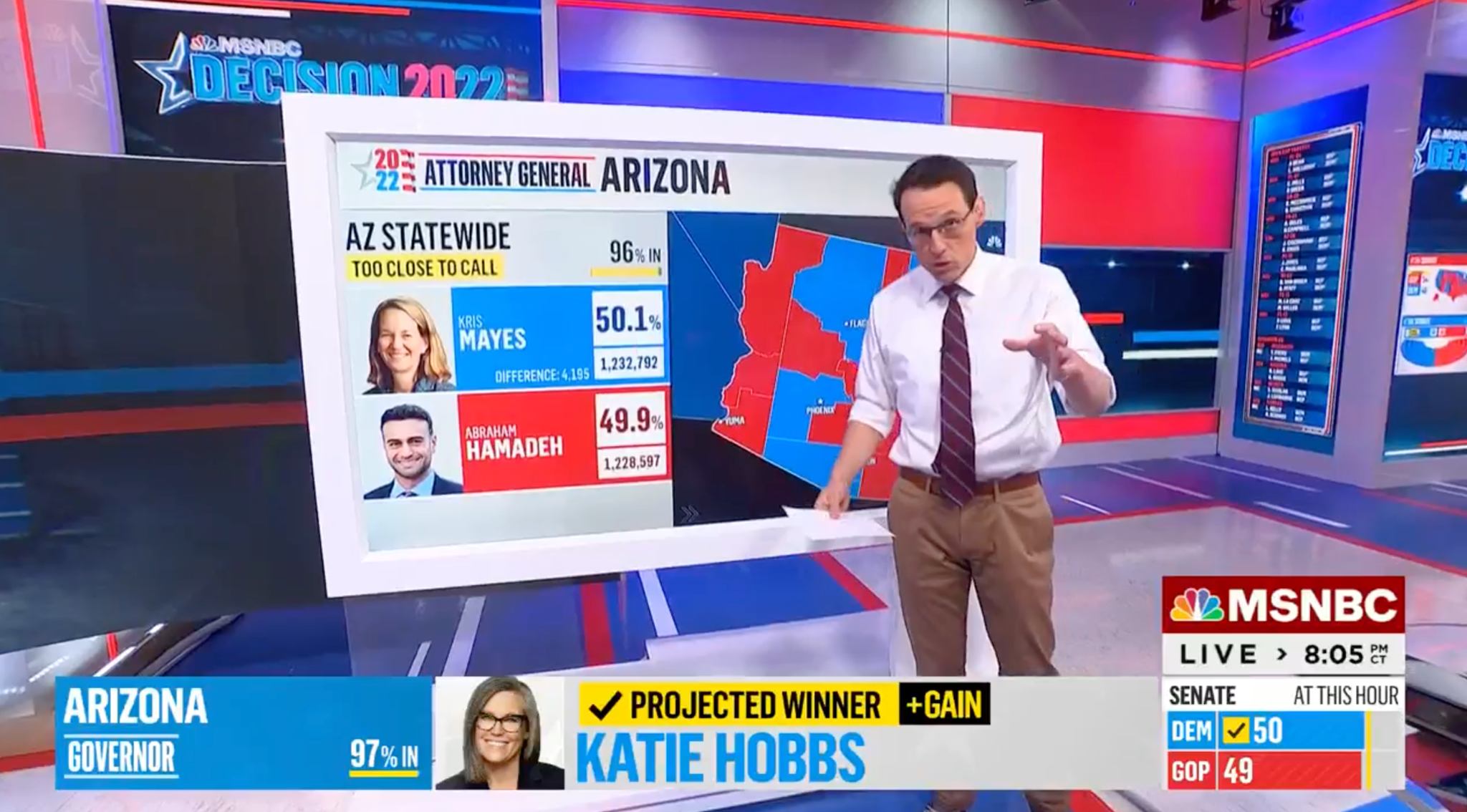 POLITICO Playbook also called out the race this morning.

AP’s Nick Riccardi tweeted on how Hamadeh is “the last swing state election denier” in a statewide race that has yet to be called. 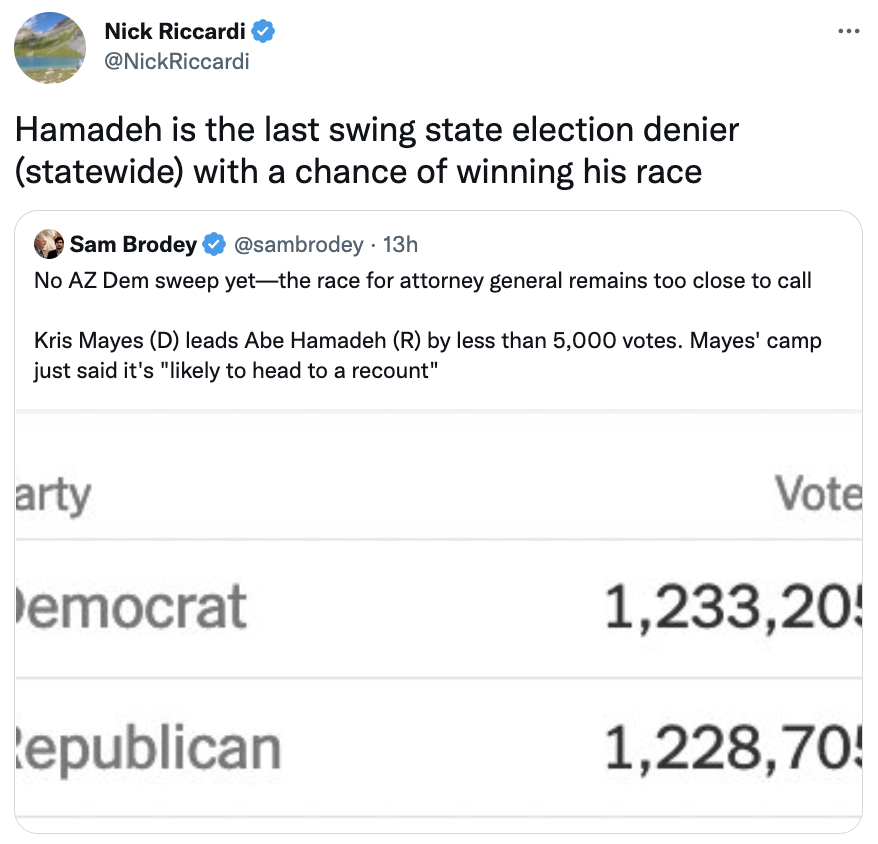