Carr is an Out-Of-Touch Extremist Polling Under 40%

Washington, DC — With a little more than 100 days until Election Day, two new Georgia polls came out this week showing that incumbent AG Chris Carr’s re-election campaign is in major trouble. One poll shows AG Carr far under 50%, only four points ahead of Democratic AG nominee State Senator Jen Jordan, with Carr at 38% and Sen. Jordan at 34%. 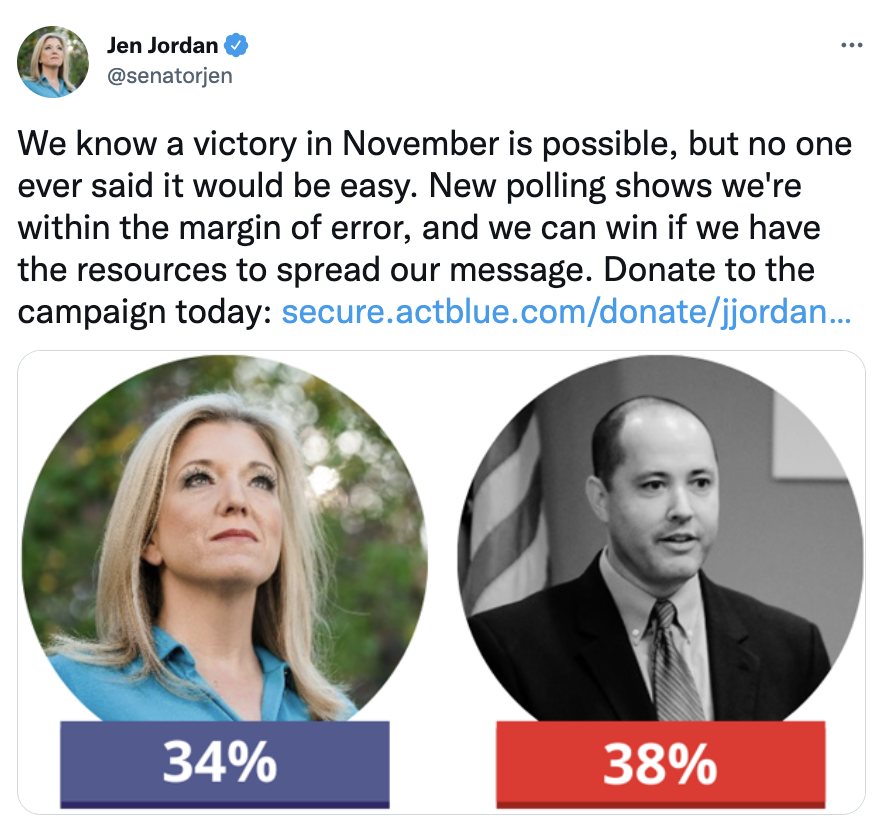 Another new poll this week shows that “Most Georgia voters oppose a new restrictive abortion law that took effect last week, and many say a candidate’s support or opposition to the procedure will have an impact on who gets their vote,” reports the Atlanta-Journal Constitution.

Georgia’s abortion ban going into effect is a direct result of AG Carr’s actions, and voters know that. He has used the platform and resources of his office to defend this law and other anti-abortion laws, and played politics with people’s access to basic health care. And we’re going to make him own his anti-abortion extremism from now until Election Day.