Herring Finishing His Two Terms as a Champion for Climate Change, Clean Energy 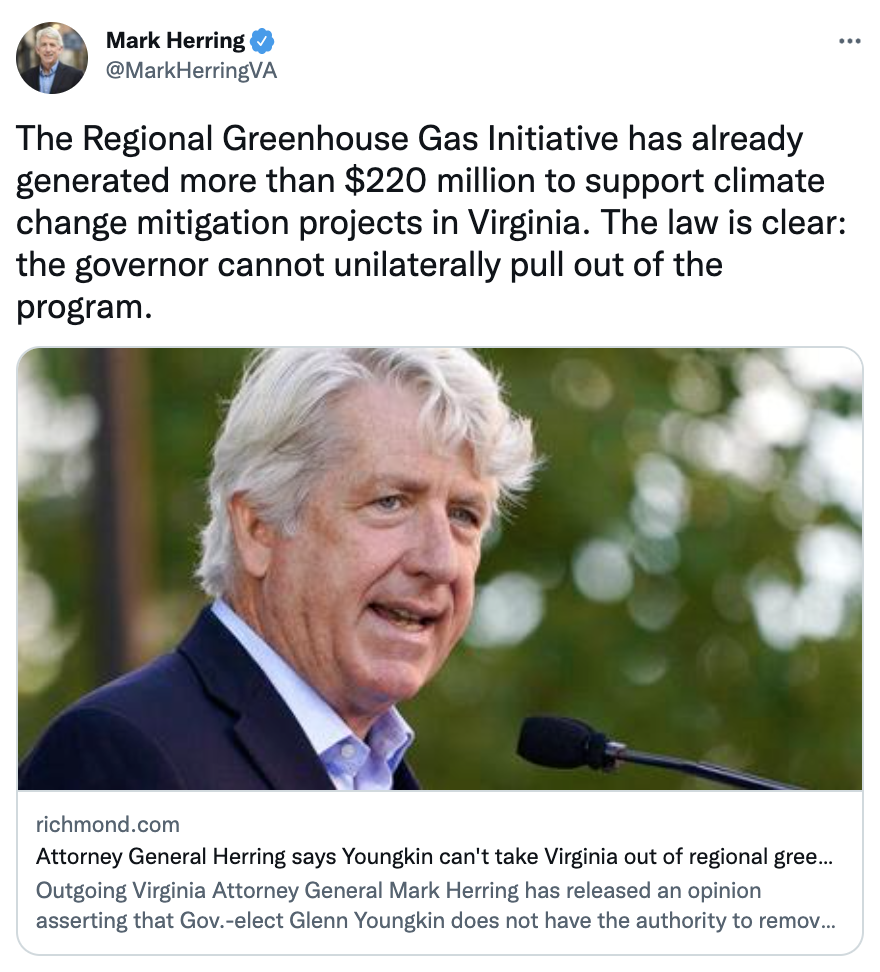 As a champion for progress in developing clean energy and addressing climate change for the Commonwealth, AG Herring shared in an official opinion today: “You cannot pull out of The Regional Greenhouse Gas Initiative (RGGI) through executive order.” Already, the RGGI has generated more than $220 million to support climate change mitigation projects in Virginia.

“Climate change remains an urgent and ever-growing threat to Virginians, their safety, their health, and their communities,” AG Herring shared with The Richmond Times-Dispatch.

AG Herring has fought for years for clean air and water, open spaces, clean energy, and to hold polluters accountable. He has been a consistent voice for progress in developing clean energy and addressing climate change because of Virginia’s unique vulnerability to climate change and sea-level rise. Just recently, AG Herring and his team successfully defended Virginia’s participation in the RGGI against a legal challenge that sought to terminate the regulations that allow the Commonwealth to operate its CO2 Budget Trading Program.

Gov.-elect Youngkin has said that he will use executive power to withdraw Virginia from the program. To which AG Herring responded, “The law is clear: the governor cannot unilaterally pull out of the program.” If Youngkin cares about the future of Virginia and our planet at all, he’ll listen to AG Herring and won’t attempt to leave the RGGI.