WASHINGTON, D.C.— Today, the Democratic Attorneys General Association (DAGA) released the third installment of a veterans’ video series focused on the importance of public lands to Montana voters and Montana veterans. The third video features John BowenHollow, a retired Navy Seal and Purple Heart recipient who served in Vietnam, sharing his concerns about Republican AG nominee Austin Knudsen’s personal role in blocking veterans from accessing an American Legion Park near his family ranch in Culbertson that is specifically dedicated to World War II veterans. This third installment comes ahead of the Montana Attorney General debate set to air this weekend.

In the video testimonial, BowenHollow says Austin Knudsen “blocking access to land owned by the American Legion on the Missouri [River] is un-American. It’s not good for veterans because it diminishes their dignity.” The video follows sharp criticism of Republicans after numerous reports detailed President Trump’s history of disparaging the intelligence of service members and showing disdain for wounded veterans. 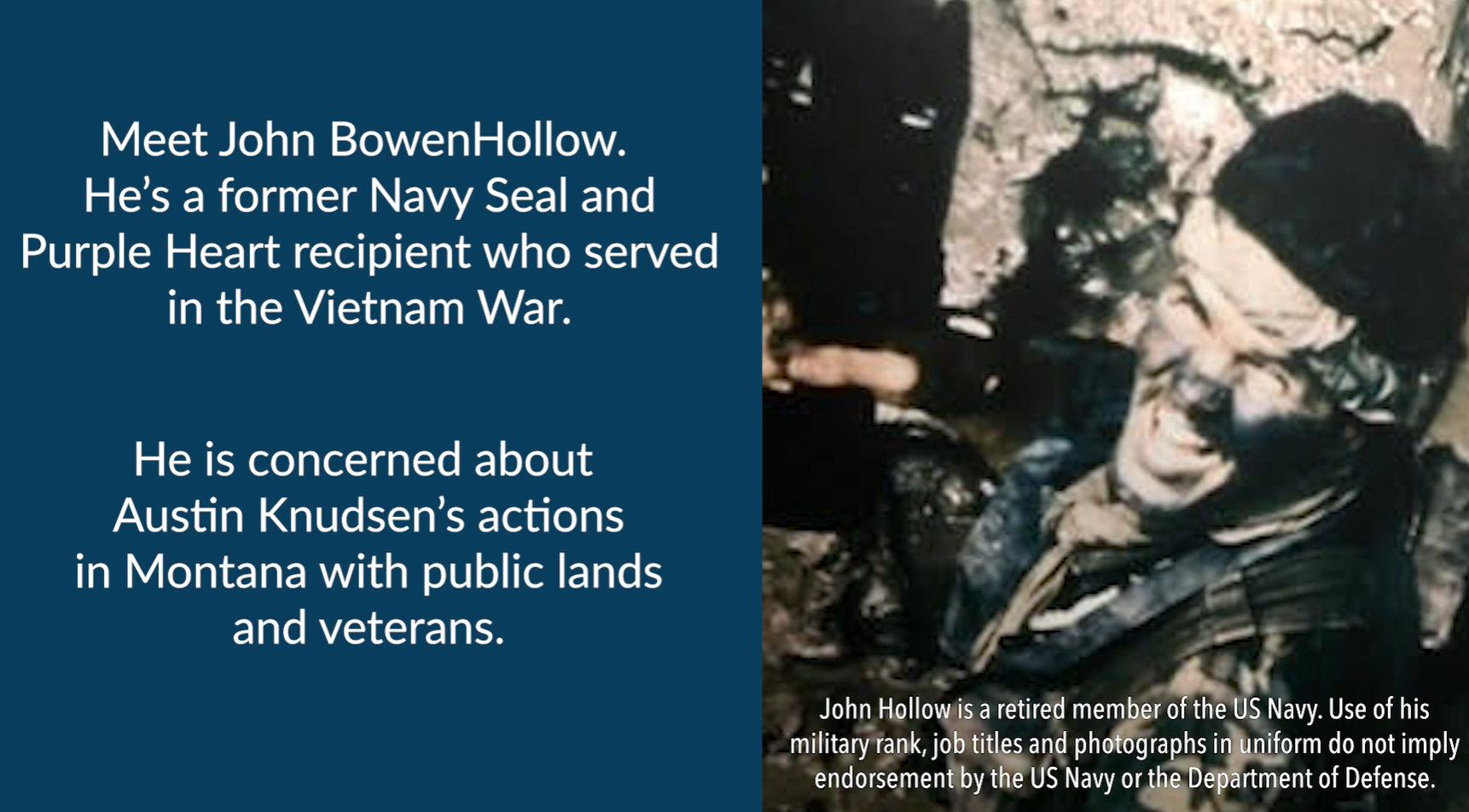 “John BowenHollow put it best – voting for Raph Graybill is a vote to protect access to public lands,” said Brandon Richards, DAGA National Press Secretary who comes from a military family. “Montana veterans deserve an Attorney General who will respect them, their service to our country, and the land dedicated to them.”

This video is the third installment in a series of veteran testimonials focused on the importance of public lands to Montana voters and the stark contrast between the state Attorney General candidates. For a full interview with John BowenHollow, please check out the link here.