WASHINGTON, D.C.— Today, the Democratic Attorneys General Association (DAGA) released the second installment of a veterans’ video series focused on the importance of public lands to Montana voters and Montana veterans. The second video features John Tarr, a retired military officer and former commander, sharing his concerns about Republican AG nominee Austin Knudsen potentially serving on the state Land Board and Knudsen’s role in blocking access to an American Legion park near Culbertson.

In the video testimonial, Tarr says Austin Knudsen’s “moral compass is off. He’s denying access to veterans in his own community to a park dedicated to World War II veterans. This is just wrong.” The Montana Attorney General serves on the state Land Board, a position that voters like Tarr do not trust Austin Knudsen to hold. “Mr. Knudsen’s steps to deny access to public lands in his own community and then his possible election to a statewide office that sits on the Land Board, is just unconscionable to me because he will deny access to state lands if he is on that board,” Tarr adds. The video follows sharp criticism of Republicans after numerous reports detailed President Trump’s history of disparaging the intelligence of service members and showing disdain for wounded veterans.

The video of Tarr closes with an appeal to voters to support Democrat Raph Graybill for Montana Attorney General. Tarr ends by saying, “Raph Graybill on the other hand is dedicated to keeping Montana lands open and accessible to everybody, which is why I’m voting for him.” 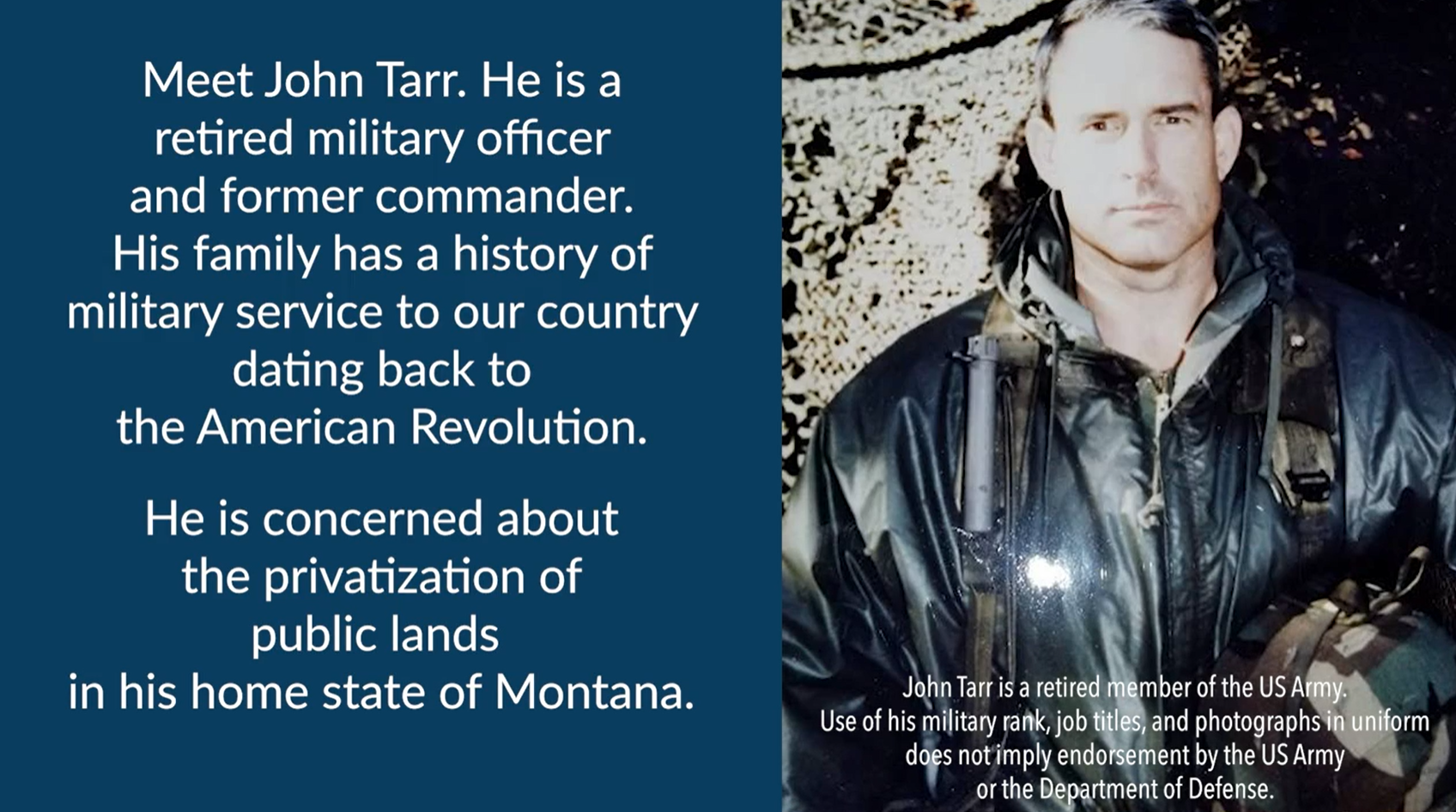 “John Tarr is right—electing someone like Knudsen to be Montana AG is unconscionable,” said Brandon Richards, DAGA National Press Secretary. “Someone with such a wildly anti-public lands’ record has no business serving on the Land Board.”

“First he blocks veterans from accessing their own park, then he wants to sell off Montana land,” added Richards, who comes from a military family. “One thing is clear: Montana needs an AG who won’t take away their land—and that candidate is Raph Graybill.”

This video is the second installment in a series of veteran testimonials focused on the importance of public lands to Montana voters and the stark contrast between state Attorney General candidates. For a full interview with John Tarr, please check out the link here.